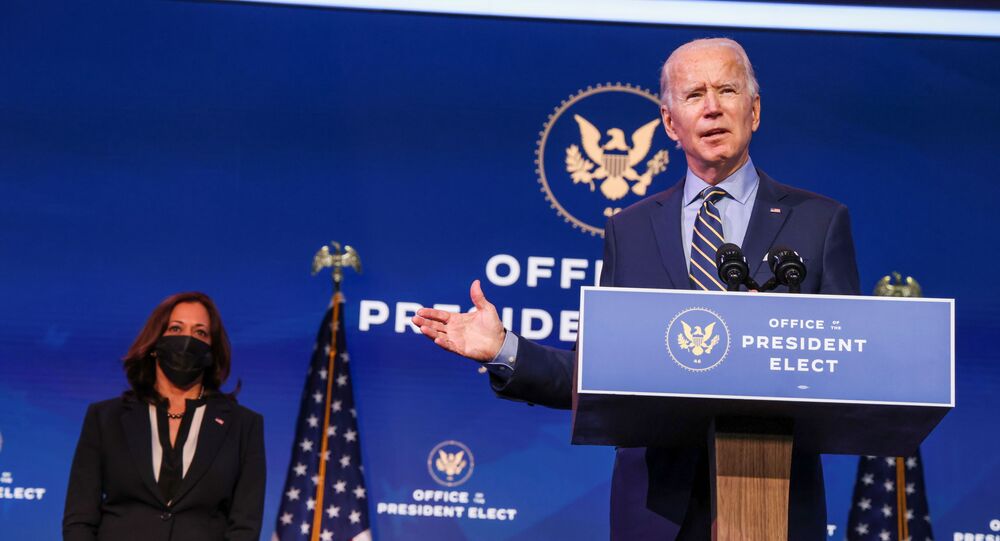 The runoffs come after neither of the candidates received a necessary majority on 3 November to win the vote. The election will prove crucial in deciding which of the two major parties will control the US Senate.

Sputnik is live from Atlanta, Georgia where US President-elect Joe Biden has arrived to campaign for Democrats Jon Ossoff and Reverend Warnock, who are running against Republican Senators David Perdue and Kelly Loeffler, respectively, in two US Senate runoffs.

Speaking at the rally, Biden took a moment to blast the Trump administration over its COVID-19 response, saying that President Trump "spends more time whining and complaining than doing something about the problem. I don't know why he still wants the job, he doesn't want to do the work."

According to the president-elect, if Americans vote for Ossoff and Warnock, the $2,000 stimulus checks "will go out the door".

Perdue and Ossoff are facing off in a Senate election in Georgia to select a representative for the state in the upper chamber of the United States Congress, while Warnock and Loeffler are facing each other in a special election that was called following the resignation of Senator Johnny Isakson.

In the 3 November vote, Perdue had a narrow lead over Ossoff, whereas in the special election Warnock gained more support than Loeffler. However, none of the candidates managed to secure enough votes to win, which triggered the runoffs.

The races are expected to define the balance of power in the Senate, which is currently controlled by the GOP. At least one of the Republicans needs a win for the party to retain the majority. If both Democrats win, Vice President-elect Kamala Harris can break the tie and pave the way for a Democrat-controlled Senate.