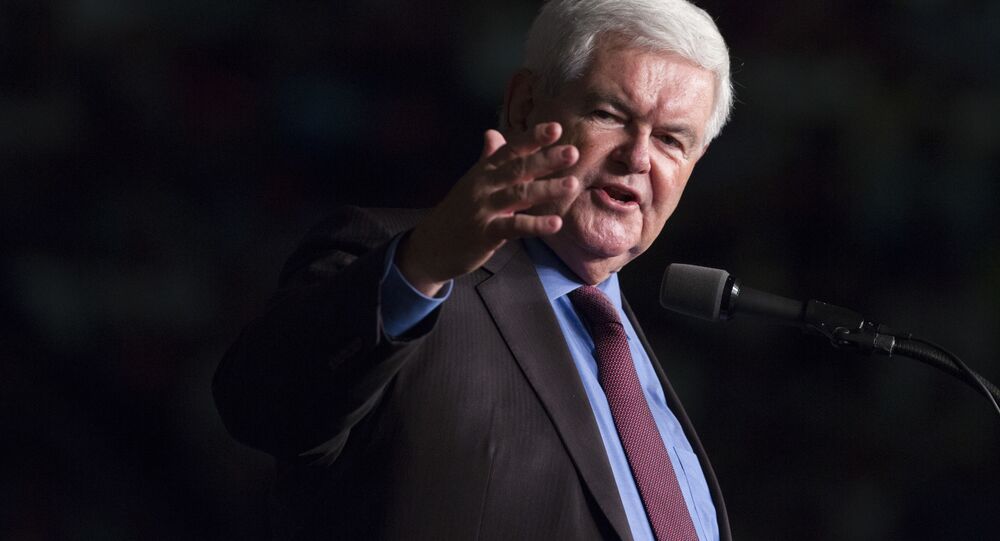 The COVID-19 pandemic was one of the topics that grabbed global headlines throughout last year and now that the world enters a new decade, the issue will almost certainly remain high on international radar, according to retired US lawmaker Newt Gingrich.

In an opinion piece published by Fox News on Monday, former Republican House Speaker Newt Gingrich gave his thoughts on "what may come over the next 10 years both at home and abroad".

First and foremost, he predicted the next ten years will see China "truly" emerging as a great power that will "directly" compete with the US "for global supremacy".

"Because of this, alliances will start to take shape such that some countries, especially in Africa and maybe Latin America, decide their futures are with China. Indeed, the single biggest story of the 2020s will be the rise of China and the countervailing responses of other countries", Gingrich argued.

The remarks come after US President-elect Joe Biden said late last month that Washington should build a coalition of "like-minded partners" to confront Beijing. He added that such a coalition is needed as the US competes with China to hold its government "accountable for its trade abuses, technology, human rights, and other fronts".

US-Chinese economic relations have been strained since 2017, when Washington updated its National Security Strategy to portray Beijing as a major threat to American interests. Trump slapping tariffs on Chinese imports further exacerbated bilateral ties, leading to a tariff war.

Gingrich also suggested that "the potential" of the COVID-19 pandemic will be another "big question" of the next decade.

Referring to the pandemic as "a black swan event", the author asserted that "people who think life will get back to normal by the summer are sorely mistaken".

"I fear the economic repercussions of a government strategy of closing down and destroying businesses will be felt at least for the first half of the decade. People underestimate how easily governments can destroy economies and how hard it is to restart those economies", Gingrich warned.

The global death toll from COVID-19 has topped 1.84 million, while the overall number of infected has surpassed 85 million. The US tops the list of the worst-hit countries, with over 20.6 million infected, and a death toll of 351,000, according to Johns Hopkins University.

The next decade will also see "monumental and transformative" technological breakthroughs, the former US lawmaker suggested, adding that "from developments in oil and gas to getting potentially safer nuclear reactor systems, we could see a revolution in energy that would have massive economic implications".

According to him, in the next ten years the world will witness "unprecedented advances in computers and artificial intelligence that will play a growing role in our healthcare system" as well as "a revolution in military technology" specifically related to unmanned aerial vehicles.

All this will "dramatically affect how we plan for military contingencies", Gingrich argued, referring to what he described as "relatively small countries like Iran and Venezuela", which he claimed will pose "more of a threat than most people would have thought possible 20 or 30 years ago".

© Photo : Twitter / U.S. Navy
Why US-Led ‘Overtly Anti-China Coalition’ Probably Won't Appear Under Biden
The former US lawmaker separately warned of the further expansion of "the grey world", namely, human trafficking, narcotics, and illegal finance, which were described by the author as "the underside of the global economy".

On the domestic front, Gingrich predicted that his country's crisis-hit educational system "will reach a boiling point", which is why the next decade will see "an enormous fight between the teacher unions and government employee unions in general, and the need to rationalise the system and make it effective".

He concluded by suggesting that the 2020s "will be a decade of huge choices and huge challenges", and as far as the US is concerned, it will "either once again reinvent itself in becoming the leading entrepreneurial, dynamic country in the world, or Americans will decide that it's all just too hard, relax, and hope the Chinese don't notice our surrender too soon".