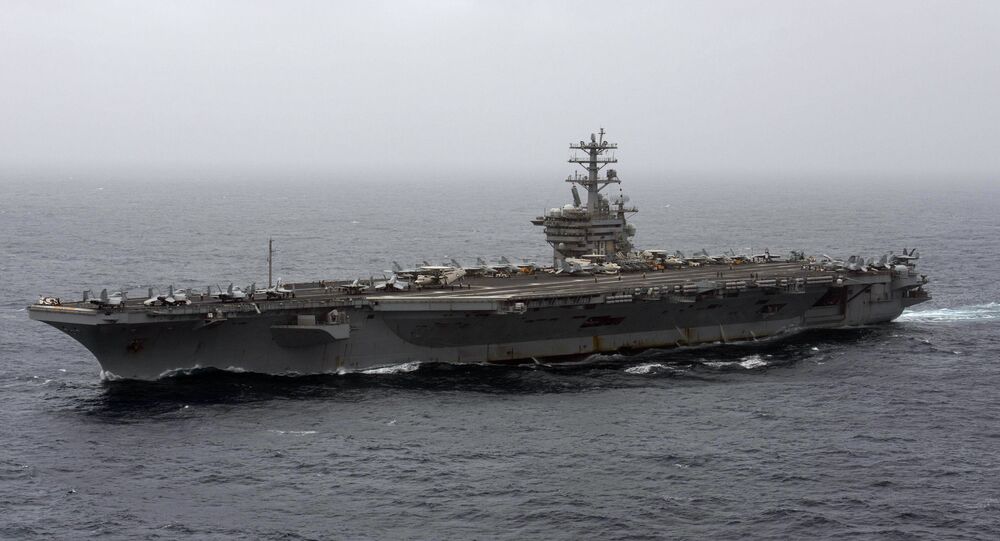 MOSCOW (Sputnik) - The United States has scrapped plans to move one of its aircraft carriers out of the Middle East in light of what the Pentagon describes as threats from Iran, according to acting Secretary of Defense Chris Miller, on the first anniversary of the assassination of senior Iranian General Qasem Soleimani.

"Due to the recent threats issued by Iranian leaders against President Trump and other US government officials, I have ordered the USS Nimitz to halt its routine redeployment. The USS Nimitz will now remain on station in the US Central Command area of operations. No one should doubt the resolve of the United States of America," Miller said in a statement, published late on Sunday.

Earlier in the month, the Pentagon said that the USS Nimitz would return home despite heightened tensions with Iran, after announcing in early December 2020 that the return would be postponed.

The Nimitz was deployed in the Middle East in April 2020, from Puget Sound, Washington, and was initially scheduled to return home before the end of last year.

Recently, concerns were raised regarding the 3 January anniversary of the extrajudicial killing of top Iranian General Qasem Soleimani, committed on the direct order of US President Donald Trump.

Tehran dubbed the killing "a terror act" and has vowed to "bring those responsible to justice".

As the killing anniversary date approaches, both the US and Iran have exchanged warnings, as Trump accused Iran of a rocket attack on the US embassy in Baghdad and said he would "hold Iran responsible if one American is killed". Iranian Foreign Minister Javad Zarif dismissed the accusation as "reckless" and warned the outgoing US president against "any adventurism on his way out".