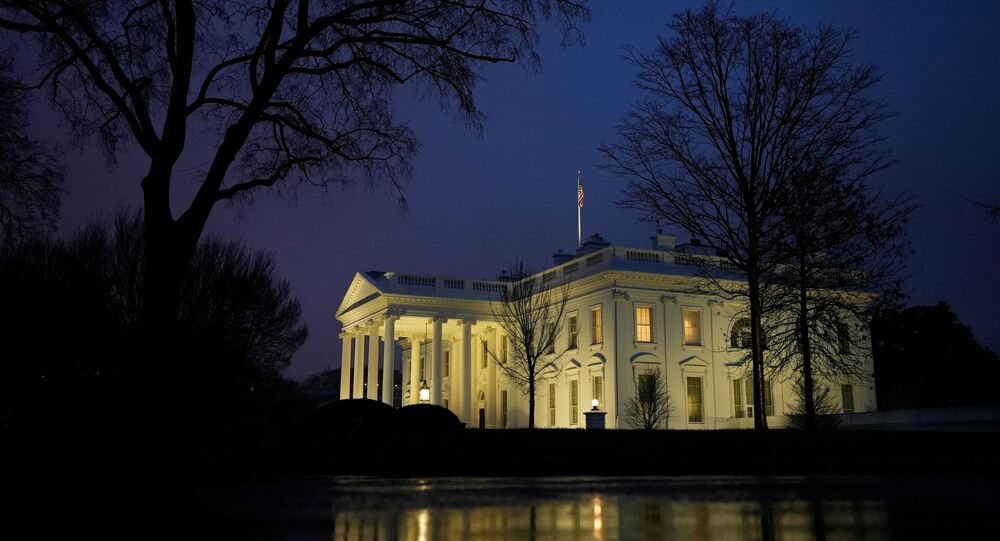 Earlier on Sunday, The Washington Post posted a leaked recording of a phone call between the outgoing US president, Donald Trump, Georgia Secretary of State Brad Raffensperger and the state's General Counsel Ryan Germany, in which POTUS stated that "there’s nothing wrong with saying, you know, um, that you’ve recalculated."

A journalist who helped to break the legendary Watergate investigation, Carl Bernstein, reacted to the leaked "Trump tapes", speaking to CNN on Sunday, dubbing them "a smoking gun" and noting that this is "not déjà vu", as it's "far worse that Watergate".

"In any other conceivable moment in US history, this tape would result in the leadership of both parties demanding the immediate resignation of the President of the United States", Bernstein tweeted on Sunday.

.@carlbernstein, the Journalist who co-broke Watergate, says of the newly released Trump tapes, "It's not déjà vu, this was something far worse than Watergate." pic.twitter.com/dZSKWbfxdO

The Watergate political scandal of 1972-1974 led to an impeachment hearing and the resignation of the US President Richard Nixon, as his campaign was accused hiring the perpetrators who broke into the Democratic National Committee headquarters at the Watergate office building in Washington DC.

In 1974, the White House released an audio tape in which Nixon and campaign aide Harry 'HR' Haldeman met in the Oval Office and discussed how to prevent the FBI from investigating the break-in.

The "worse-than-Watergate" audio tape emerged earlier in the day, released in The Washington Post report that covers the conversation between Trump and Georgia State Secretary Brad Raffensperger, accompanied by his lawyer, Ryan Germany. According to the recording, Trump bombarded the two with his election fraud claims, and urged them to "recalculate" the vote tally while accusing the two of knowing about the alleged voter irregularities and refusing to report the purported claims.

"All I want to do is this: I just want to find 11,780 votes, which is one more than we have," Trump said, according to the audiotape posted by WaPo. "There's nothing wrong with saying, you know, that you've recalculated."

Raffensperger, however, stood his ground, insisting that the president's data is wrong.

"Mr. President, the challenge that you have is the data you have is wrong," Raffensperger said, according to the recording.

Germany, who also took part in the conversation, assured Trump that, contrary to the president's claims, the voting systems company Dominion had "not moved any machinery out of Fulton County", nor had it "replaced the inner parts of the machines". Raffensperger then dismissed some of Trump's claims, refuting allegations that some votes were scanned three times.

The president, however, insisted that the election results be re-examined, appearing to remain convinced that he had won the Georgia vote "by a lot".

In a Sunday tweet, Trump revealed that he spoke to Raffensperger, although it remained unclear whether he was referring to the same conversation posted by WaPo.

"I spoke to Secretary of State Brad Raffensperger yesterday about Fulton County and voter fraud in Georgia. He was unwilling, or unable, to answer questions such as the “ballots under table” scam, ballot destruction, out of state “voters”, dead voters, and more. He has no clue!", Trump tweeted, receiving a swift response from the Georgia State Secretary, who noted that what POTUS had said was "not true".

© REUTERS / JONATHAN ERNST
A general view of the door to the West Wing, where the presence of a U.S. Marine is an indication that U.S. President Donald Trump is present in the Oval Office, one of a combination of photos made once an hour during the president's ostensible workday — from the White House press office's morning call time until the calling of the daily press lid — at the White House in Washington, U.S. December 22, 2020

Since after Election Day, Trump has been alleging massive voter fraud and claiming that it was he who won the battleground states, particularly Georgia. According to the president, "illegal votes" were cast in the state. Trump further complained that no case filed over fraud allegations has been reviewed.

​What Was the Reaction?

The "Trump tapes" immediately made waves on Twitter, with thousands of users skyrocketing #TrumpTapes to global trends and expressing outrage regarding what Trump said in the leaked call. Among those angry over the recording was the US vice president-elect, Kamala Harris, who named the phone call "the voice of desperation" and accused Trump of "abuse of power".

Here’s Kamala Harris in Georgia, talking about the abuse of power on those #TrumpTapes and tying it to consistent GOP voter suppression efforts and the importance of the Georgia Senate runoffs on Tuesday.

​Netizens dubbed the recording "explosive" and called to impeach him again, wondering if he called any other State Secretaries to discuss allegations of "election fraud".

Retweet if you’d like the President to be impeached again!#TrumpTapes

So.... How many other Secretaries of State has Trump called??

Donald's #TrumpTapes are so nice, he deserves to be impeached twice. https://t.co/4yQRyF1jdX

If you are reacting to the #TrumpTapes tonight by saying "it is just Trump being Trump," you can officially call yourself part of the problem.

When we normalize abuse, we become abusers.

Don't normalize this behavior. Call it out and demand appropriate action.

​Apparently, some users even had their favourite parts of the leaked conversation.

He's literally begging Raffsenberger and saying "I'll take on anyone you want" as a quid pro quo for his cooperation in his criminal conspiracy to corrupt Georgia's election results.

​Some suggested that Trump could better invest his energy into responding to the coronavirus pandemic rather than attempts to overturn an election.

Imagine if he would be invested fighting Covid-19 as much as he’s obsessed with his election lose.#TrumpTapes

​Others, however, argued that WaPo "intentionally misrepresented" Trump's words.

The WaPost released the full transcript and just as I suspected, the Post intentionally misrepresented what @realDonaldTrump said. #TrumpTapes

The reason they leaked the #TrumpTapes is because they know that Trump is going to retain the Presidency & now they’re going to immediately try to impeach him with this.

If he hadn’t won, then they wouldn’t need to do this and would just concentrate on the incoming Biden stuff!