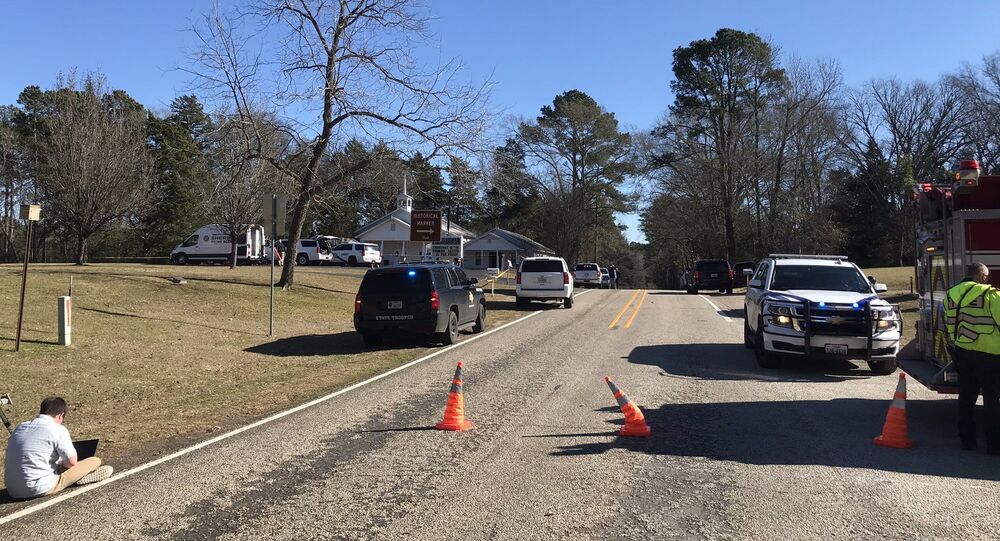 The preacher was shot dead with his own gun, which he had pulled to stop a church robber who had been hiding in the bathroom. The shooter fled the scene after grabbing the gun and killing the priest.

A shooting at a Methodist church in the city of Winona in the US state of Texas has left a pastor dead and two others injured, the KLTV broadcaster reported on Sunday, citing police.

According to Sheriff Larry Smith, the incident took place when the pastor, his wife, and several other people came to the church. An assailant was hiding inside the bathroom with stolen church property as the pastor opened the door and saw him. The priest, who was reportedly wearing a handgun, pulled his weapon but the purported thief threw himself at the pastor and grabbed at the gun, after which he shot the priest dead.

The shooter was arrested by Harrison County authorities, near Marshall, after a high-speed chase. His name has not been announced although reports claim that he is a 21-year-old black male. The suspect was injured during the arrest and later hospitalized.

"This is a capital murder investigation," Smith told reporters, cited by the media outlet.

Here’s the scene of a #shooting in which the pastor of Starrville Methodist Church in #Winona was killed when he confronted a suspect who was hiding in the church’s bathroom following a car chase Saturday night. #Texas #TXNews #TexasNews pic.twitter.com/8S8zcBNln4

Texas Governor Greg Abbott expressed his condolences and vowed that "Texas will seek swift justice for the shooter."