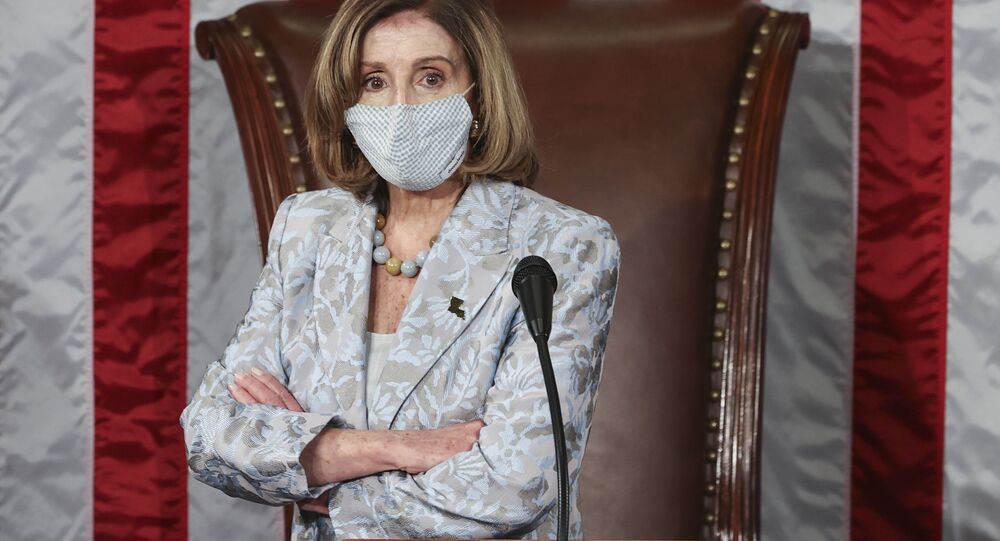 US House of Representatives Re-Elects Nancy Pelosi as Speaker

Earlier in the day, the 117th Congress convened to swear in new congressional members. Democrats have remained in control of the House of Representatives, but it will be the 5 January runoff election in Georgia that decides the fate of the Senate.

On Sunday, the opening day of the 117th US Congress, the House of Representatives voted for Nancy Pelosi to remain the Speaker for a new two-year term, with 216 members handing their votes to Pelosi and 208 supporting McCarthy.

Pelosi was nominated for Speaker by Jeffries as she had been expected to retain her position. Democrats have retained control of the House of Representatives, with a 222-211 edge over Republicans.

​Kevin McCarthy, nominated for the position by House Republican Liz Cheney, was deemed to again become the Minority Leader.

© AP Photo / Mark Tenally
New US Senators Sworn In to 117th Congress
The vote for Speaker of the House took place shortly after the 117th Congress convened in Washington DC for the first time in the new year, swearing in new congressional members. While the House of Representatives remains Democrat-controlled, the fate of the Senate will become clear after a hotly-contested 5 January election runoff in the state of Georgia.

Congress is also scheduled to meet for the 6 January joint session, to certify the Electoral College results of the presidential election, which saw Joe Biden win the White House - an outcome that a handful of Republican Senators have voiced their intention to object. Their chances of success, however, are estimated by most political observers to be extremely low.

117th US Congress Convenes for First Time in Washington DC

New US Senators Sworn In to 117th Congress

Tags:
US Senate, US House of Representatives, Kevin McCarthy, Nancy Pelosi, US Congress, US
Community standardsDiscussion