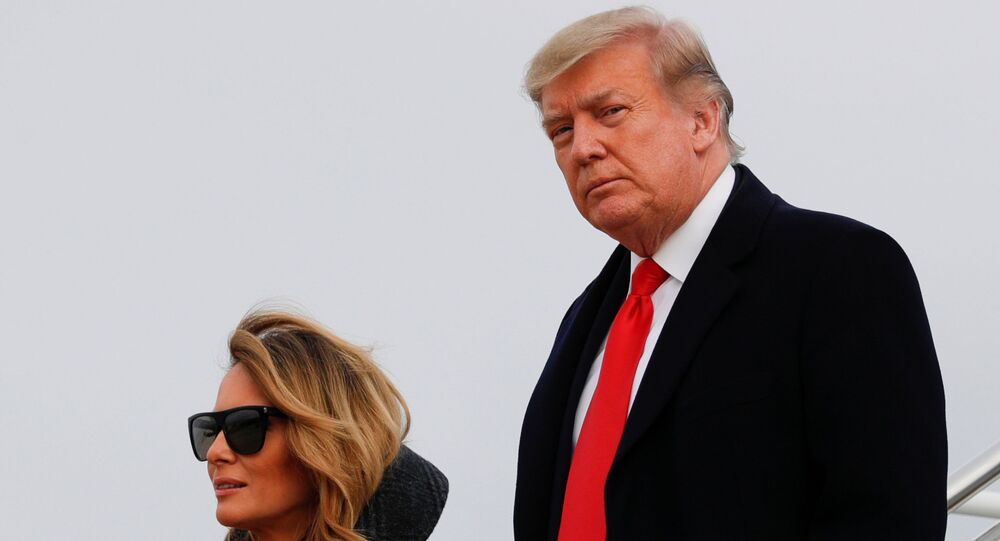 In a leaked recording of a phone call, US President Donald Trump is heard to warn Georgia Secretary of State Brad Raffensperger and General Counsel Ryan Germany that it would be an offense if they knew of election fraud and failed to report it. Trump also implied that the two were jeopardising the re-election of Georgia's two Republican senators.

The Washington Post published on Sunday a recording of a call between Trump, Georgia Secretary of State Brad Raffensperger and the state's General Counsel Ryan Germany, in which the president reiterated his allegations of electoral fraud in the November 3 presidential election.

In the call, which took place on Saturday, Trump said: “All I want to do is this. I just want to find 11,780 votes, which is one more than we have. Because we won the state.”

“The people of Georgia are angry, the people in the country are angry,” he said at another point. “And there’s nothing wrong with saying, you know, um, that you’ve recalculated.”

Raffensperger responded: “Well, Mr. President, the challenge that you have is, the data you have is wrong.”

​Trump also appeared to threaten Raffensperger, a fellow Republican, and the state's general counsel, Germany, if they failed to investigate allegations that ballot papers had been destroyed and voting machines removed from Georgia's Fulton county as a means of hiding evidence of the purported fraud.

“You know what they did and you're not reporting it. That’s a criminal offense,” Trump declared in the phone call, adding, “you can’t let that happen. That’s a big risk to you and to Ryan, your lawyer.”

On Sunday Trump tweeted his continuing anger with Raffensperger and Republican Georgia Governor Brian Kemp, repeating his unsubstantiated claims of electoral fraud in the state.

​Raffensperger responded in kind, tweeting that Trump's assertions were "not true".

© REUTERS / ERIN SCOTT
Trump Blasts 'Illegal Votes' in Georgia as GOP Senators Plan to Oppose Voting Certification
Ohio State University law professor Edward B. Foley told the Washington Post he was uncertain whether Trump's demands of Raffensperger would be enough to prosecute the outgoing president, but did agree that Trump's statements were “inappropriate and contemptible” and will, at the least, provoke moral outrage.
...
Reddit
Google+
Blogger
Pinterest
StumbleUpon
Telegram
WhatsApp
1222