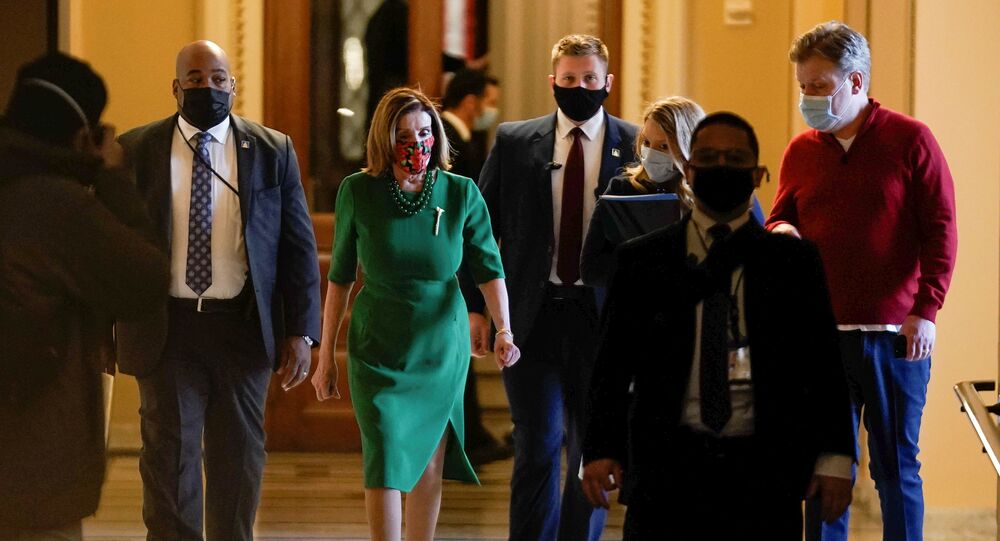 In the few past weeks, a number of Democrats have called on US House of Representatives’ leaders to drop long-standing regulations that permit lawmakers to carry weapons on Capitol Hill, after an incoming congressional representative, Lauren Boebert from Colorado, said she wanted to keep a handgun in her office.

US Speaker of the House Nancy Pelosi and House Rules Committee Chairman James P. McGovern on Friday unveiled  details of a rule package for the 117th US Congress, scheduled to meet on Capitol Hill from 3 January 2021 to 3 January 2023.

Set to be voted on Monday, the “visionary rules package” has been designed to make the House “more accountable, transparent and effective”, as well as “more accountable and responsive to all Americans”, according to Speaker Pelosi.

“As House Speaker, I am pleased to join Chairman Jim McGovern in introducing this visionary rules package, which reflects the views and values of the full range of our historically diverse House Democratic Majority,” said Pelosi in a press release. “These future-focused proposals reflect our priorities as a Caucus and as a Country – including crushing the coronavirus, addressing economic disparity, combating the climate crisis, advancing inclusion, and promoting integrity in government.”

The new rules proposed by Democrats are gender-neutral and aimed to block Republican chances to force awkward votes. However, the rules did not strip away lawmakers' ability to carry guns at the Capitol.

The rules remove all mentions of gender-specific pronouns and words like “man”, “woman”, “mother,” “father,” “son,” and “daughter”. For example, under the new rules, the Office of the Whistleblower Ombudsman will be renamed to “the Office of the Whistleblower Ombuds”. However, there is no mention in the 45-page rules package about whether lawmakers can use these words while speaking at the Capitol.

The Democrat’s rules also limit GOP opportunities to bring Motions to Recommit (MTRs) to the House floor with language amendments to legislation upon their passage by the full House.

A Democratic source told Fox News that such “gotcha” motions are usually presented by GOPs on bills they oppose in order to force Democrats to vote on “some items they'd like to avoid”.

It is notable that the rules for the 117th US Congress do not address concerns expressed earlier by some dozens of Democrats regarding lawmakers' ability to carry weapons on Capitol Hill.

In mid-December 2020, after recently-elected Republican congresswoman Lauren Boebert revealed her intention to bring her handgun with her into her office, a group of Democratic House representatives called on Pelosi and House Minority Leader Kevin McCarthy to drop the 1967 regulation, exempting lawmakers from the complex-wide restrictions on carrying weapons in public.