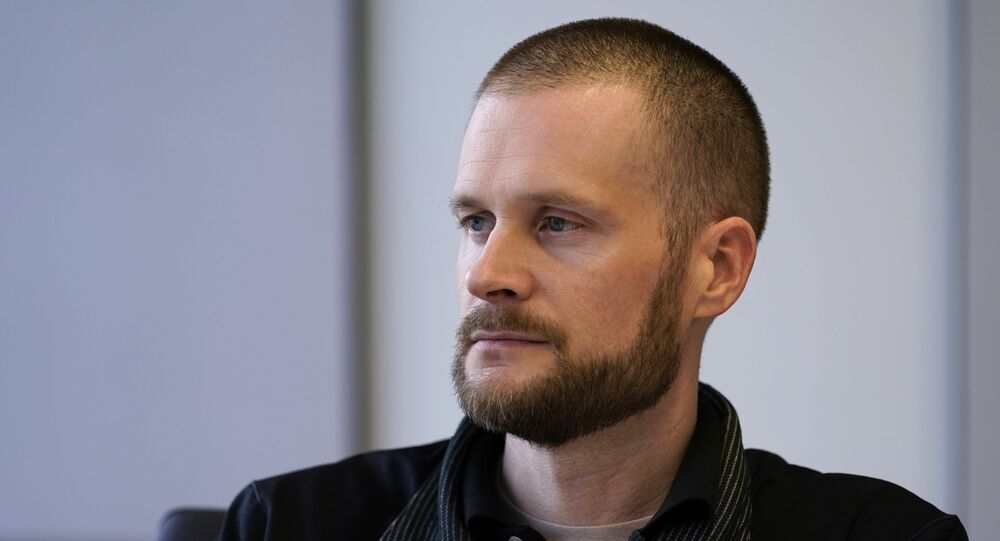 The decision by the outgoing US president, Donald Trump, to pardon four Blackwater military contractors convicted for killing unarmed Iraqi civilians in Baghdad in September 2007 has been met with intense criticism by many. Particularly, the UN said on Wednesday that the move to pardon the mercenaries is in violation of international law.

One of the pardoned American private military company Blackwater contractors, Evan Liberty, speaking to The Associated Press on Saturday, revealed that he feels that he acted correctly in the 2007 Baghdad shootings, after which he was convicted of killing unarmed Iraqi civilians.

“I feel like I acted correctly,” he said of his conduct in 2007. “I regret any innocent loss of life, but I’m just confident in how I acted and I can basically feel peace with that.”

Liberty claimed he understands that some people may feel he does not deserve clemency, but refers to what he describes as a misguided narrative of the shooting.

“I didn’t shoot at anybody that wasn’t shooting at me,” he said, adding that he and the other three pardoned contractors would “never take an innocent life. We responded to a threat accordingly.”

Trump granted his presidential pardon to the four mercenaries last week, and his decision sparked a wave of condemnation, particularly from the United Nations, as its Special Procedures department stated that the move to pardon the military contractors violated international law.

“Pardoning the Blackwater contractors is an affront to justice and to the victims of the Nisour Square massacre and their families,” said Jelena Aparac, Chair-Rapporteur of the Working Group on the use of mercenaries.

#Blackwater: The pardons granted to four convicted private security contractors for war crimes in #Iraq violate #US obligations under international law, UN experts say. They call on all States parties to the Geneva Conventions to condemn the pardons 👉 https://t.co/N37RIKLkO5 pic.twitter.com/Kh771RZQDN

​In what appears to be his final days in the Oval Office, Trump has announced several pardons, particularly that granted for former campaign adviser Roger Stone, who was convicted in November 2019 on seven felony counts, including lying under oath, and Paul Manafort, who in 2018 was put behind bars after refusing to disclose his foreign bank accounts or register as a foreign lobbyist.

What Was the Blackwater Killing About?

The 16 September 2007 Blackwater incident is considered to be one of the darkest points of the Iraqi war and deeply strained US-Iraqi relations.

The shooting in Baghdad killed 17 Iraqi civilians and injured 20 others. The massacre occurred as Blackwater contractors escorted a US Embassy convoy through Nisour Square and then opened fire on an approaching car, later claiming self-defense.

In 2014, the four mercenaries employed by Blackwater, that participated in the killings, were tried in US federal court and convicted, one of murder, and the other three of manslaughter and firearms charges.

The military contractor claimed that the convoy was ambushed, and the shooting was defensive, since the contractors suspected a car bomb in a vehicle seen approaching the embassy convoy. According to Blackwater, the driver failed to clear a path for the convoy and ignored orders to do so, as well as warning shots.

The Iraqi government and law enforcement said that the killings were unprovoked, pointing out that the vehicle approaching the convoy contained a medical student and his mother. When Blackwater contractors attacked the car, it resulted in deaths of both the woman and her son, along with an Iraqi policeman that approached the car allegedly attempting to help the occupants.