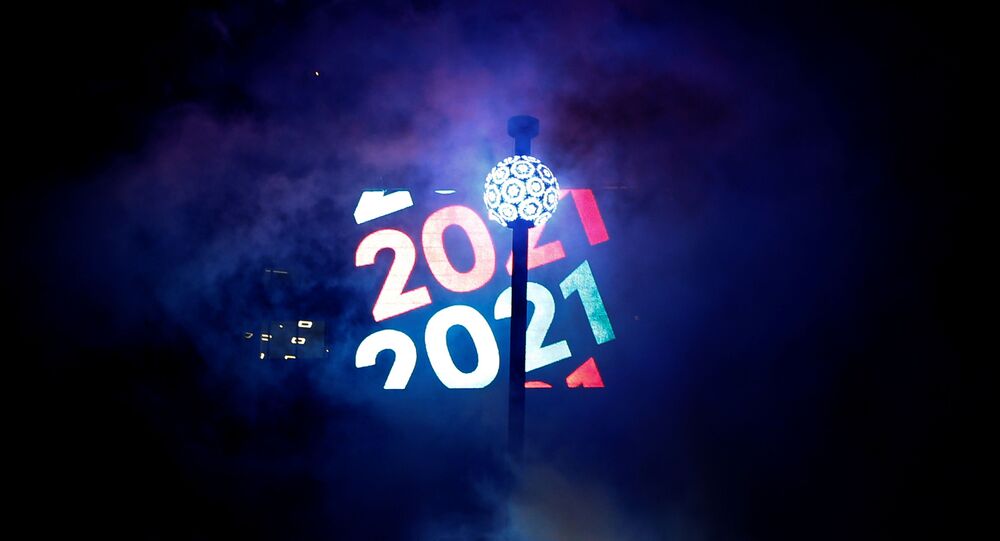 The coronavirus pandemic has caused people around the world to change how they celebrate the new year, including in New York City, where even Times Square, one of the most beloved and tightly-packed spots for festivities, was banned to visitors and tourists from 31 December to 1 January.

The parties were thrown from Queens to Manhattan, according to the sheriff. Particularly, there was a "karaoke bash" in Maspeth, with over 300 guests partying hard with faces uncovered.

At 2 a.m., local time, on New Year’s Day, deputies responded to the Maspeth Bar Lounge on 58th Street and watched as more than 25 people slipped into a side emergency exit illegaly locked from the outside, Fucito said, cited by New York Post.

According to the sheriff, the people were “consuming alcohol, singing karaoke and dancing” without masks.

The business owners, Man Phan and wife He Bin Wang, were charged with violations of executive order, violation of an emergency measure and for failing to protect health and safety, according to The Post.

Phan is also charged with illegally warehousing alcohol, along with running an unlicensed bottle club, the report added, and will face a $15,000 fine. The party DJ, Guowei Lin, along with club employee Fang Zou, also reportedly received a fine.

© REUTERS / CARLO ALLEGRI
The Times Square ball is tested out for the media ahead of the New Year's celebration in Times Square amid the coronavirus disease (COVID-19) pandemic in the Manhattan borough of New York City, New York, U.S., December 30, 2020

A party in Brooklyn reportedly prompted multiple complaints about a loud and large gathering at Stars Hall in Sunset Park, where the health rules of social distancing were ignored.

When officers arrived just before midnight, they found about 80 people dancing their 2020 blues away and smoking a hookah, Fucito said, cited by The Post.

The report noted that the organizer of the shindig, Al Zabidi, was issued two appearance tickets for violating an emergency measure and an executive order, and faces a $15,000 fine.

A third illegal party busted in Manhattan happened around 1 a.m., local time, New Year's day, at a Prince Street loft event space involving 145 people “dancing, drinking alcohol and smoking cigarettes”, who did not wear masks or practice social distancing. Organizers of the party face a $1,000 fine, with promoters looking at forking over $15,000.

The coronavirus pandemic has affected the United States most severely, prompting many restrictions regarding New Year's Eve celebrations as well as ordinary gatherings. Massive social events have been cancelled prohibited, as even Times Square, which has been one of the most beloved places for partiers to mark the beginning of the New Year, was banned to visitors and closely monitored with drones from 31 December 2020 to 1 January 2021.