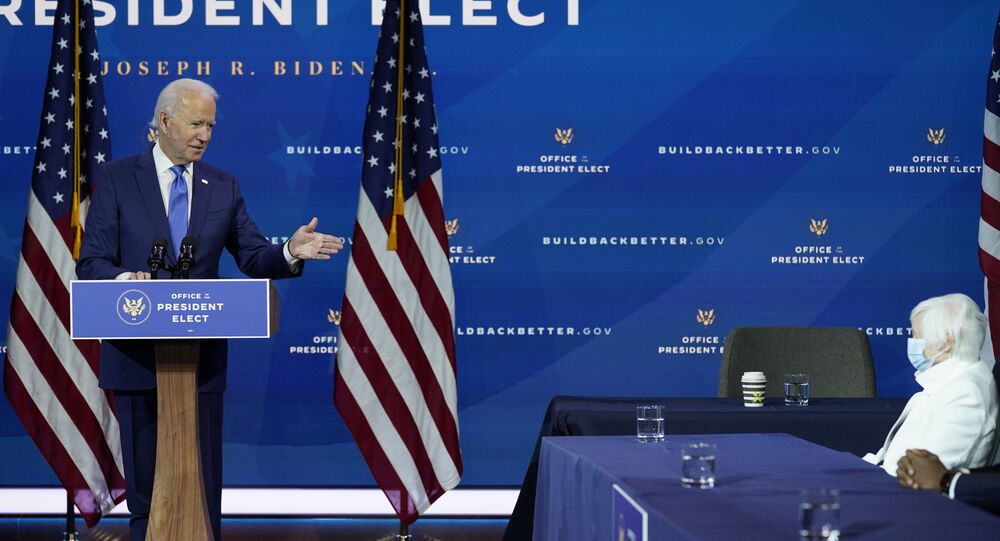 The Democratic president-elect’s cabinet picks have been praised for their diversity, reportedly featuring more women and people of colour than any of its predecessors. At the same time, Republicans and left wing Democrats alike have criticized Biden for looking to give top jobs to ex-lobbyists and Obama-era neoliberal hawks.

President-elect Joe Biden’s Treasury Secretary nominee Janet Yellen made over $7.2 million by speaking before Wall Street bankers, universities and think tanks in the past two years, with her clients including Goldman Sachs and the Hong Kong Development Council, a financial disclosure form published by the United States Office of Government Ethics on Thursday has revealed.

In the same period, Antony Blinken, Biden’s hawkish pick for secretary of state, made nearly $1.2 million for his work at WestExec Advisors, the Washington-based consulting firm he founded in 2017 with other former Obama administration officials. The company had previously restricted listing its clients, with their names protected by non-disclosure agreements. However, media reporting and Blinken’s own disclosures have recently revealed that clients included a number of US, Israeli, Canadian and Japanese companies ranging from defence industry giants and banks to drone surveillance and data-mining firms, including the likes of Boeing, AT&T, and the Royal Bank of Canada.

Blinken is expected to earn between $250,000 and $500,000 this year, and another $500,000-$1 million by selling his stake in WestExec before entering Biden’s cabinet. Avril Haines, Biden’s pick for Director of National Intelligence, is also employed by the consulting firm, and reported $180,000 in earnings for “consulting fees” for Palantir, a US-based data mining company.

The Biden team has been criticized from progressive quarters for its cabinet picks, with the president-elect’s pick for Secretary of Defence, retired Army General Lloyd Austin, facing flak for serving on the board of directors at Raytheon, the world’s second largest defence contractor. If his candidacy is approved, Austin would have oversight over America’s $750 billion annual defence budget, a situation some have suggested would be the textbook definition of a conflict of interest, given his Raytheon stock holdings and past with the company.

© AP Photo / Frank Franklin II
Clinton Foundation: 'Vehicle to Transform Once Broke Family Into Mega-Multi-Millionaires' – Analyst
Centrist Democrats have praised Biden’s picks, however, pointing to the potential cabinet's ethnic diversity and large number of women in leadership roles, including an all-female White House media team, and a host of African Americans (including Austin), Asians and possibly a Native American.

Biden is expected to be sworn in on 20 January. Incumbent President Donald Trump continues to refuse to concede, however, accusing the Democrats of engaging in a large-scale campaign of voter fraud to “steal” the election from him. Democrats, US media and some Republicans have dismissed Trump’s allegations, and his claims have yet to stand up in a US state or federal court.

Biden Plans to Purge Secret Service Amid Concerns of Agents Being Too Loyal to Trump, Report Says