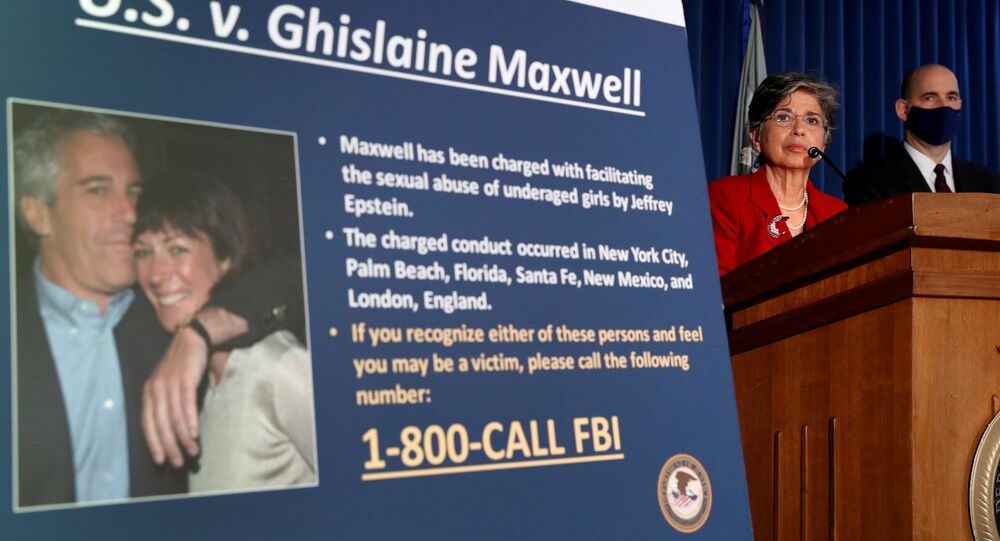 British publishing heiress Ghislaine Maxwell, who was arrested in July last year, is being charged with six federal crimes, including sex trafficking and the grooming of minors for future sexual abuse by her ex-boyfriend Jeffrey Epstein. She has already been denied bail two times.

Now-infamous socialite Ghislaine Maxwell has offered to foot the bill for guards to ensure that she does not run away from her mansion in a bid to secure bail conditions, the Mirror revealed.

In full Pablo Escobar fashion - the drug lord who built his own ‘Club Medellin’ prison in Colombia to avoid US deportation - Maxwell’s lawyers made a generous offer to Judge Alison Nathan during the second bail hearing, but Epstein’s associate was denied the freedom anyway.

According to Judge Nathan, it was proposed that “the defendant would be released to the custody of a family member who would serve as her third-party custodian. Furthermore, she would have on-premises security guards that she would pay for, who would prevent her from leaving at any time without prior approval”.

A $28.5 million-bond offering also did not change the judge’s mind, according to a written ruling which revealed that the application had been turned down.

Nathan insisted that these proposed measures were not sufficient and Maxwell remains a high flight risk. Back in July, she was already denied another $5-million-bail request by the same judge, who stated at that time that she was convinced by prosecutors’ arguments that the daughter of publishing magnate Robert Maxwell would try to escape the United States.

Judge Nathan also was not persuaded by Maxwell’s narrative about her happy marriage to CEO Scott Borgerson and criticised the socialite for misleading the court in relation to her personal life and a state of finances.

“She now argues that her newly revealed relationship with her spouse signals her deep affective ties in the country,” the judge reportedly said in the ruling. “But at the time she was arrested she was not living with him and claimed to be getting divorced.”

It was earlier suggested by Maxwell’s representatives that her stepchildren with Borgerson were devastated by the scandal around their “proxy mother” and even had to be taken out of school because of all the attention.

Is She Indeed a ‘Psychopath’ With a ‘Lack of Remorse’?

Maxwell is facing charges for six federal crimes, which include conspiracy to entice minors and enticement of a minor, transportation of an underage women with intent to engage in criminal sexual activity and several others. The charges relate to a period between 1994 and 1997, where it is alleged that Maxwell “assisted, facilitated, and contributed” to Jeffrey Epstein’s abuse of underage girls by helping her former beau to “recruit, groom, and ultimately abuse victims” which the two knew were younger than 18.

Maxwell denies all the accusations.

One of the couple’s alleged victim, Annie Farmer, earlier urged the judges not to grant bail to “psychopath” Maxwell, who she said “does not care about hurting others” and has “demonstrated a complete lack of remorse”.

"Fleeing the country in order to escape once more would fit with her long history of anti-social behaviour,” Maxwell’s accuser insisted.

The socialite’s legal team however kept insisting that her state of mental and physical health was far from perfect, as she was reportedly losing weight and hair due to “extraordinarily onerous conditions” in the Brooklyn prison. The lawyers also asked to let the woman go home over COVID-19 risks, but to no avail so far.

Her trial is expected to take place in July 2021.