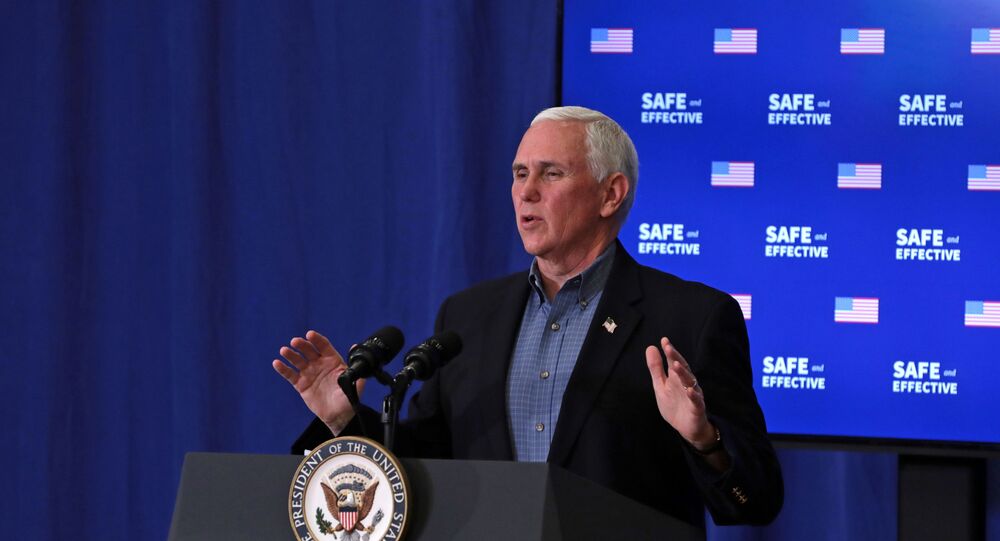 US Vice President Mike Pence will be leading the joint session of the US Congress in which the results of the 2020 presidential election, that saw Joe Biden the winner of the White House race, are expected to be certified.

Lin Wood, an attorney associated with Trump's legal team, on Wednesday urged US Vice President Mike Pence to examine allegations regarding the US President-elect's son, Hunter Biden, before certifying the results of the presidential election.

"I am 100% confident that if @VP or members of Congress spent 15 minutes reviewing contents of Hunter Biden laptop, they would NEVER let Joey 'Bribes' Biden get within missile range of White House," Wood tweeted, accusing Biden of being "a CCP puppet, a criminal, & a pervert".

I am 100% confident that if @VP or members of Congress spent 15 minutes reviewing contents of Hunter Biden laptop, they would NEVER let Joey “Bribes” Biden get within missile range of White House.

Biden is a CCP puppet, a criminal, & a pervert. A few other things too. None good.

​Joe Biden, voted by the Electoral College to become the next US President, has a son named Hunter Biden who has beel alleged in the media to have financial ties to China and have mediated business deals for his father. The President-elect has routinely denied the allegations.

Fueling the story, a so-called "laptop from hell" alleged to be the property of Hunter Biden was publicized in October, shortly before the 2020 presidential election. The purported Biden laptop was claimed to contain controversial e-mails and documents regarding ties of father and son Biden with Ukrainian energy company Burisma.

Joe Biden has refuted the allegations, noting that he has never had anything to do with his son's business dealings and pointing out that he is confident that his son "did nothing wrong".

Hunter earlier in December affirmed that a probe had been launched against him, detailing that the US Attorney's Office in Delaware is investigating his tax affairs.

US President Donald Trump, along with his Republican allies, have repeatedly alleged that the Hunter Biden allegations prove that "China owns Joe Biden". The Trump administration has reportedly been seeking to appoint a US Special Counsel for an investigation regarding the president-elect's son.

Although the Trump campaign has slammed the Bidens for the "laptop from hell" story, both the popular vote and the Electoral College vote saw Joe Biden the winner of the US 2020 presidential election. The results of the White House race have not appeared to satisfy Trump, as he has continued to refuse to concede to the Democrat and has continued to contest the election outcome in state and federal courts.