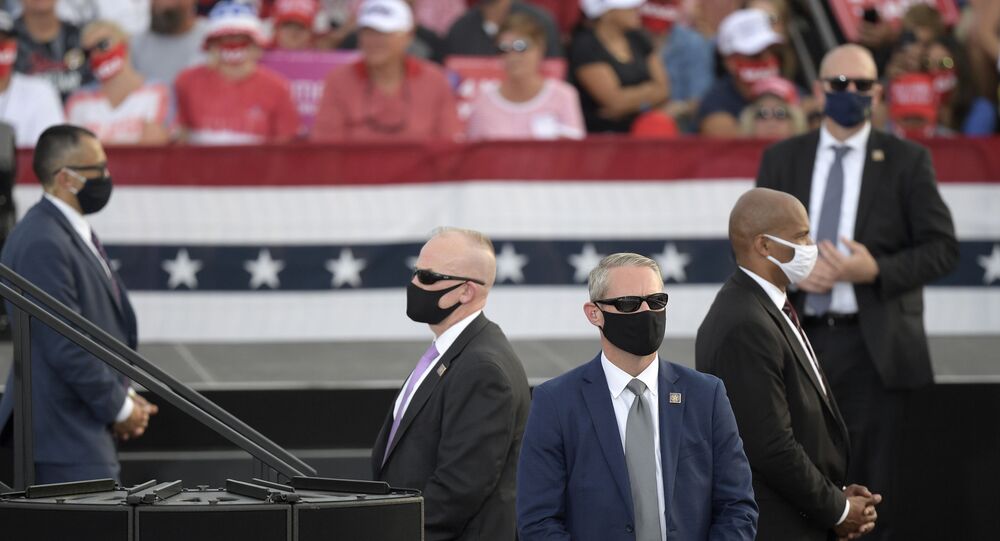 Biden Plans to Purge Secret Service Amid Concerns of Agents Being Too Loyal to Trump, Report Says

The Democratic president-elect received Secret Service protection in March, with his security detail beefed up in November.

Joe Biden is going to bring back agents who protected him during his years as Barack Obama’s vice president, partially out of concern that some of his current protective detail is too loyal to the incumbent president, the Washington Post and CNN have reported, citing anonymous officials said to be informed about the clear out.

The returning agents will reportedly include Darryl Volpicelli, who will serve as second-in-command of Biden’s detail, according to WaPo’s sources.

“That is smart to give the incoming president the comfort of the familiar. You want him to be with people he knows and trust, and who also know how he operates,” one of the sources said.

The purge is not expected to affect all agents, with David Cho, second-in-command of Trump’s security detail, to be promoted to lead Biden's detail.

The Secret Service is one of the largest presidential security agencies in the world, numbering well over 6,000 employees, 3,200 of them special agents, with the rest split between uniformed officers, technical and administrative staff. In addition to their protective duties, which are extended to presidents' families, former presidents and their families, and visiting foreign leaders, the agency is responsible for monitoring and investigating crimes ranging from counterfeiting to bank, mail, and wire fraud, as well as major conspiracies. The Secret Service is also part of the FBI-led Joint Terrorism Task Force, and a partner to the US National Centre for Missing and Exploited Children.

During Trump’s term, Democratic politicians and liberal-leaning media have accused some of his security detail of developing overly close ties with the president, including by supporting his alleged opposition to the wearing of masks, and by hiring former agent Anthony Ornato as his deputy chief of staff.

Amid Trump’s continued refusal to concede the election, Democratic Congresswoman Maxine Waters has called on security services, including the Secret Service and the military, to have him “marched out” of the White House if he refuses to leave on 20 January.