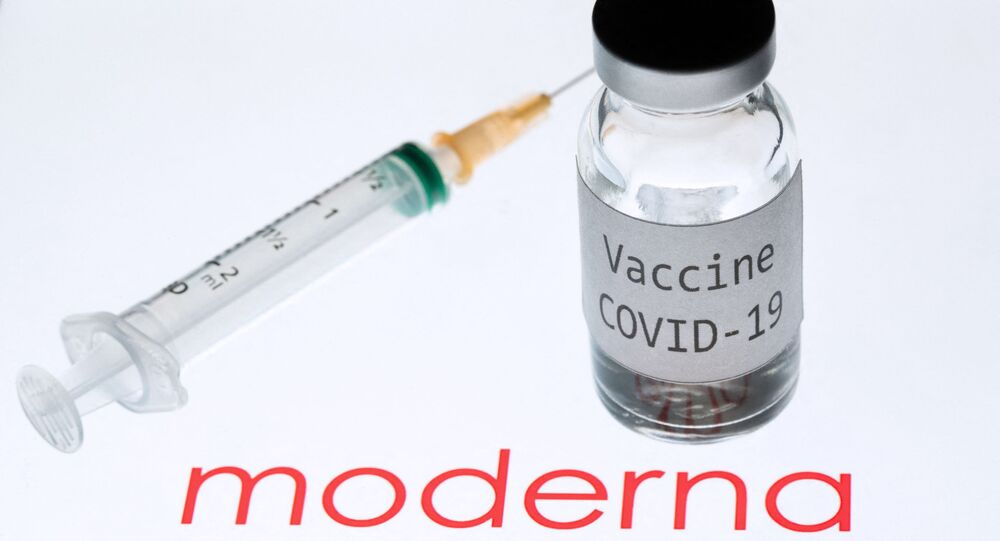 Moderna’s Covid vaccine is one of two to receive emergency approval by the US Food and Drug Administration (FDA), with the company contracted to deliver 200 million doses of its mRNA preparation. Three people, including Moderna’s CEO and two founding investors, became overnight billionaires this year after the company created its promising vaccine.

An employee at the Advocate Aurora Health medical centre in Grafton, Wisconsin has been sacked after admitting to deliberately spoiling 57 vials of Moderna's coronavirus vaccine, with the incident leading to over 500 doses of the treatment being ruined and thrown out, hospital officials have announced.

“We immediately launched an internal review and were led to believe this was caused by inadvertent human error. The individual in question today acknowledged that they intentionally removed the vaccine from refrigeration,” the hospital said in a statement Wednesday.

“We are more than disappointed that this individual’s actions will result in a delay of more than 500 people receiving their vaccine. This was a violation of our core values, and the individual is no longer employed by us,” the statement added.

The hospital did not specify what prompted the employee do what they did, saying only that the “appropriate authorities,” including the FBI, Grafton police, and FDA had been contacted to formally investigate. Hospital administrators promise to provide more information at a later date.

© REUTERS / David Himbert
Three Moderna Vaccine Shipments to Texas Held Back From Distribution Due to Temperature Issues
Officials stressed that the Advocate Aurora Health medical centre's vaccination programme had not been affected, with vaccine vials sent in from other areas.

The US purchased 200 million doses of Moderna’s Covid vaccine, with an option to buy up to 300 million more. About 20 million doses are said to have been delivered as of late December. The once little-known company transformed into a pharma tech giant overnight and has also been contracted to provide tens of millions of doses to Canada, Japan, the European Union, Switzerland, the UK, Israel, and Qatar, with those nations purchasing at least 190.5 million doses, and giving themselves the option to buy up to 96 million more. The company is charging governments between $10 to $50 per dose, including a $15 per dose contract with the US for its first 100 million doses.

Founded in 2010 in Cambridge, Massachusetts as a small drug discovery, development, and vaccine technology company in 2010, Moderna shot to global fame in 2020 after rolling out its successful coronavirus vaccine. The preparation was one of about a dozen potential vaccines to receive funding support from the Bill and Melinda Gates Foundation, which donated at least $350 million to coronavirus research this year.

The Moderna vaccine rollout has not been without complications. Last week, a doctor in Boston, Massachusetts suffered a severe allergic reaction after being inoculated. Before that, several people taking part in Moderna’s trials were diagnosed with Bell’s palsy, a type of facial paralysis.

Recent polling has shown that more and more Americans are willing to get vaccinated against the coronavirus, with about 63 percent of respondents willing to get the shot, according to a recent Gallup poll. In September, the figure stood at 50 percent. The polling also found that Democratic leaning voters are more likely to be in favour of inoculation than Republicans, with 50 percent of the latter continuing to resist getting vaccinated.