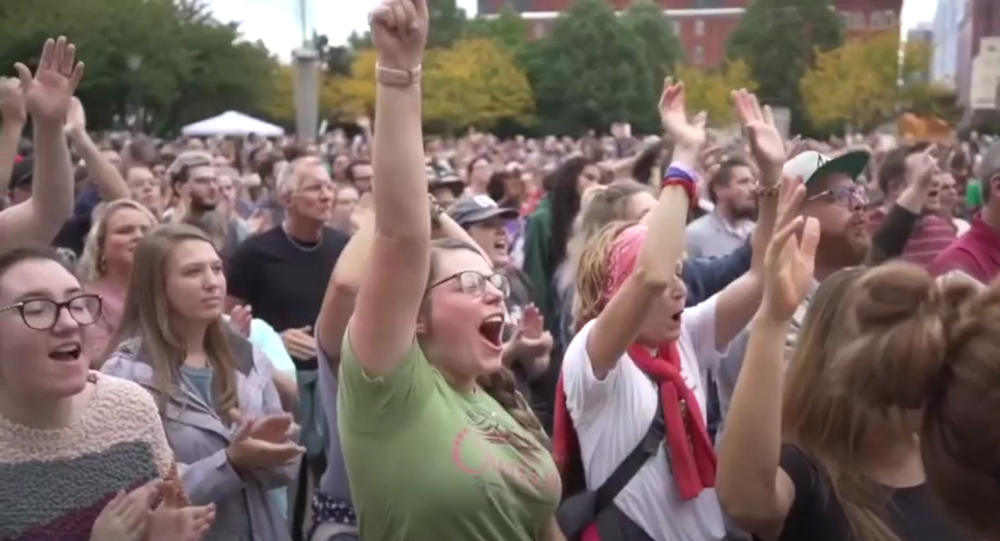 The state of California exceeded 250,000 COVID-19-related deaths and more than 2,240,000 confirmed cases of the novel coronavirus on Wednesday, according to the LA Times. The state also became the second, behind Colorado, to identify the presence of a new COVID-19 strain.

Church Without Walls pastor Stephen "Cue" Jn-Marie and other LA-based residents are insisting that Christian evangelical singer Sean Feucht cancel his planned New Year's Eve "Let Us Worship" event, said to be geared toward the homeless community in Los Angeles.

According to the Church Without Walls pastor, Feutch has a poor track record when it comes to COVID-19 precautions at his event - such as social distancing and wearing face masks.

"We know based on his track record whatever he’s going to do is going to be maskless,” Jn-Marie told the LA Times. "The problem we’re facing is even prior to the stay-at-home order, people come into the community and say they’re bringing resources but what they’re bringing is the disease.”

The event comes as one of several concerts to be put on by Feucht as pushback against state government COVID-19-related restrictions on large gatherings.

Jn-Marie and Pete White, executive director of the L.A. Community Action Network, have organized a Facebook event entitled "Resistance Blockade Against Biological Warfare!" The event seeks to form a "social distance car caravan" to stop Feucht's "incursion into their neighborhood."

Friends in LA who have followed the story about Sean Feucht's super-spreader event aimed at Skid Row, here is a link to the group who is putting together a car blockade to keep him out of downtown. Please spread the word! https://t.co/C0Bk5MjAq5 pic.twitter.com/xliTsUejIO

“It’s a super spreader event,” Jenna Kyle of the Poor People’s Campaign told CBS LA, speaking of Feucht's upcoming event. “They’re coming in with no masks, no social distance. They haven’t done either in their past events. Chicago tried to shut them down. New Orleans put out a statement that they regretted that they ever allowed the event to occur.”

The community push to stop a possible superspreader event comes as hospitals in southern California are overflowing.

"We certainly know that Southern California hospitals are in crisis, and some have begun to implement parts of crisis care," said Dr. Mark Ghaly, secretary of the California Health and Human Services Agency, as reported by NBC News.

According to data from the California Department of Health, 30,921 new cases of the novel coronavirus were logged on Tuesday, as well as 432 new COVID-19-related deaths within the state.

The state reached the grim milestone of 25,000 deaths related to the pandemic on Wednesday.

Some netizens defended Feucht for what they characterize as "the works of Jesus."

Sorry you get so much hate. Jesus went to the lepers and healed them. I understand people’s concerns about safety, however, many people are also committing suicide due to the restrictions from the lockdown. Sometimes, people need hope and corporate worship is a way to do that.

"There’s nothing and no one that can stop the mighty moving force of Jesus Christ! No man -no sickness -no disease," tweeted @PastoraRhonda, a pastor at RHEMA Mexico.

"We will preach. We will pray and WE WILL WORSHIP!! Jesus is Lord over all the earth!!!"

Despite the pushback, Feucht tweeted a video on Wednesday announcing that only one more day remained before the event.

Cuomo Says Will Allow 6,700 Fans to Football Game as Pilot to Reopening

At Least Four Injured After Explosion in Residential Building in Riga, Doctors Say