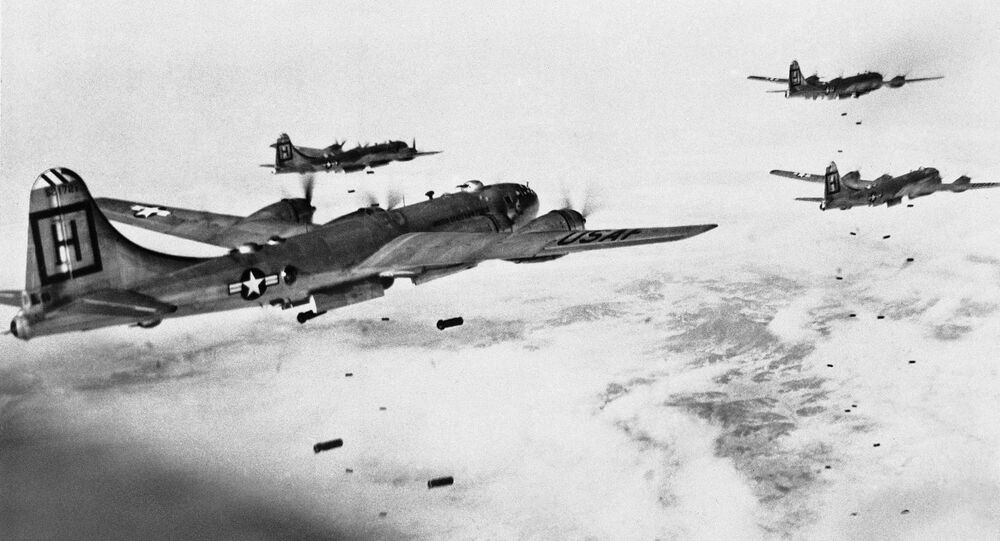 No candidate for either of Georgia's two senate seats won an outright majority on 3 November, triggering a runoff vote to be held 5 January. Republicans control the Senate by a 50-48 seat margin, with two seats held by Democrat-leaning independents. For the GOP to keep their majority, they would have to win one or both of the seats up for grabs.

Georgia Senator David Perdue, the Republican fighting to keep his seat in next week's runoff, has compared the senate runoff election in his state to World War II and the Korean War (1950-1953).

"We've never had a race like this. We know the eyes of the state are on [fellow Georgia Senator] Kelly Loeffler and me, holding the line here against the leftist socialist agenda that the Democrats seem to be bent on", Perdue said, speaking to Fox News on Tuesday night.

The incumbent senator suggested that elements of this "Democratic agenda" include the Green New Deal, Medicare for all. and defunding the police, (all of which are supported by the party's left wing, but which Joe Biden has said publicly he doesn't support).

"Every generation has a moment of truth; my dad's was in World War II and Korea…The eyes of America, and I think the eyes of every future generation, are on us right now here in Georgia. And our responsibility is to not let them down", Perdue said.

"If we gain these two seats and hold these two seats in Republican hands, we can block what these Democrats are trying to do and protect what President Trump has accomplished over the last four years", the senator added.

Perdue's remarks raised eyebrows online, with viewers recalling that Biden was a centrist Democrat opposed to most of the things the senator talked about. Some also pointed out that it was Trump fighting to get $2,000 cheques in COVID relief to Americans, and that the incumbent president has built up a diplomatic rapport with North Korean leader Kim Jong-un, whom Biden has referred to as a "thug" and a "dictator".

But he loves the guy who loves the socialist leader of Korea. Makes a lot of sense.

The only appropriate response: pic.twitter.com/fd69BtYeXm

Purdue is facing off against Democrat Jon Ossoff, while his fellow GOP senator Loeffler is battling Democrat Reverend Raphael Warnock. Both politicians have expressed support for Biden, and the president-elect has appeared in their campaign ads.

© Photo : State Central Museum of Modern Russian History
Twitterati Taken Aback as Rasmussen Pollster Drops 'Stalin's Quote' in Tweet on US Election
Loeffler made similarly fiery remarks against her opponent Warnock earlier this month, telling Fox News that she and Purdue were "the firewall to socialism in this country" and saying the reverend was a "Marxist".

The US entered the Second World War after the 7 December 1941 attack on Pearl Harbour by militarist Japan, with Nazi Germany and fascist Italy declaring war on Washington shortly thereafter. In Korea, the US and a coalition of mostly Western states joined forces with US-installed South Korean President Syngman Rhee to fight the North Koreans and the Communist Chinese.