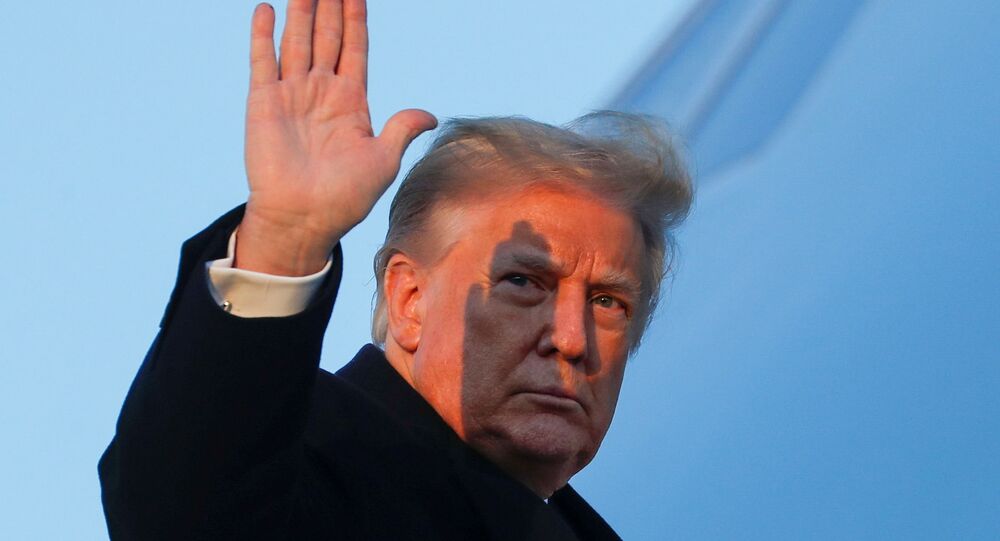 US Citizens Rank Trump as Most Admired Man of 2020, Poll Reveals

WASHINGTON (Sputnik) - US President Donald Trump for the first time edged out former President Barack Obama as the most admired man in America, a new Gallup poll showed on Tuesday.

"Trump tied former President Barack Obama for the honour last year but edged out his predecessor this year. Trump's first-place finish ends a 12-year run as the most admired man for Obama, tied with Dwight Eisenhower for the most ever," Gallup said in a press release.

When asked without any prompting who they regard as the most admired man, 18 percent of respondents named Trump, while 15 percent picked Obama, 6 percent chose President-elect Joe Biden and 3 percent selected top US health official Dr Anthony Fauci.

Gallup noted in the release that Trump's support among Republicans remains strong at 48 percent, with no other man gaining more than 2 percent of the party's support. Meanwhile, Democrats' support for Obama declined from 41 percent last year to 32 percent this year, as party members split their votes, with 13 percent naming Biden and 5 percent picking Fauci as the most admired man.

© REUTERS / CHERISS MAY
Poll: 59% of US Voters Say It's 'Likely' Trump Will Run Again in 2024
Independents were evenly split between Trump and Obama at 11 percent, while 3 percent named Biden and 2 percent picked Fauci.

Gallup pointed out that the incumbent president has topped the list 60 times out of the 74 times that the open-ended poll has been conducted since 1946.

As for the most admired woman, Michele Obama once again topped this year's list. Overall, 10 percent of Americans named the former first lady, followed by Vice President-elect Kamala Harris with 6 percent and current First Lady Melania Trump with 4 percent.