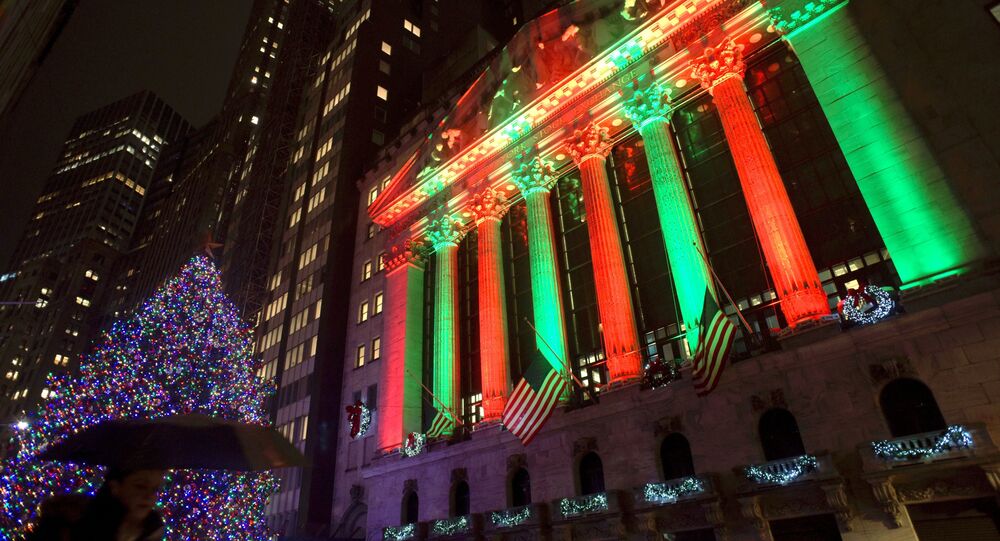 Trump Can Run ‘Very Formidable’ Campaign in 2024 if Biden Steers US Into Recession, Gingrich Says

Last week, the former Republican House speaker announced that he would not be accepting President-elect Joe Biden as America’s commander-in-chief, and warned that the United States was “headed toward a serious, bitter struggle” due to the widespread voter fraud he claimed had been committed against Donald Trump.

GOP grandee Newt Gingrich has reiterated his allegation that the November 2020 election was not free and fair, but expressed confidence that Republicans could easily pick up seats in the 2022 midterms and even get another shot at the presidency in 2024 with Trump at the helm.

“I don’t see how any reasonable human being can – you can argue over how much it was – but it’s clearly the most in our lifetime”, Gingrich said, referring to the fraud claims, in an interview with The Guardian published on Tuesday.

Gingrich served as House speaker between 1995 and 1999, presiding over the majority enjoyed by the Republicans in both the House and Senate during Clinton’s second term.

As for the prospects of Trump returning in 2024 if his bid to challenge the results in 2020 fail, Gingrich said a great deal will depend on the soon-to-be ex-president himself. “He’ll remain a dominant figure for a fairly long period of time, depending on how hard he wants to work at it and how serious it is”.

“If he does run, he’ll be very formidable and part of it’s going to be based on what happens with Biden. If Biden ends up drifting into a really serious recession, the temptation for Trump to run on ‘I told you so, would you like to go back to my economy’ may be overwhelming”, he added.

The idea of a Trump run in 2024 has been widely discussed since soon after the 3 November election, with media reports citing the president’s aides suggesting he was seriously considering the idea, and even thinking of launching a presidential bid on Inauguration Day in January. Last week, polling found that nearly 60 percent of US voters thought it “likely” that Trump would run again in four years’ time.

Despite the formal vote by the Electoral College certifying Biden’s victory on 14 December, Trump continues to refuse to concede the race, accusing Democrats of "stealing" the election from him using a combination of mass mail-in vote dumps, faulty voting machines, the kicking of observers out of count rooms, and other illegal acts. The Trump campaign has cited “hundreds and hundreds” of sworn affidavits and “thousands” of witness testimonies attesting to vote fraud, but has yet to win a major victory in a state or federal court.

© Photo : Adriana Zehbrauskas/twitter
‘We’re Headed for a Bitter Struggle in America’, Ex-House Speaker Gingrich Says Amid Vote Fraud Spat
Last week, Gingrich penned an op-ed in which he echoed Trump’s fraud allegations, and suggested that the 2020 vote was the “final straw” in “accelerating and deepening” a crisis of confidence among millions of Americans in their political system.

Congress will hold a joint session on 6 January to finalise the election by formally accepting the Electoral College’s results. If all goes as planned, Biden will be sworn into office on 20 January.