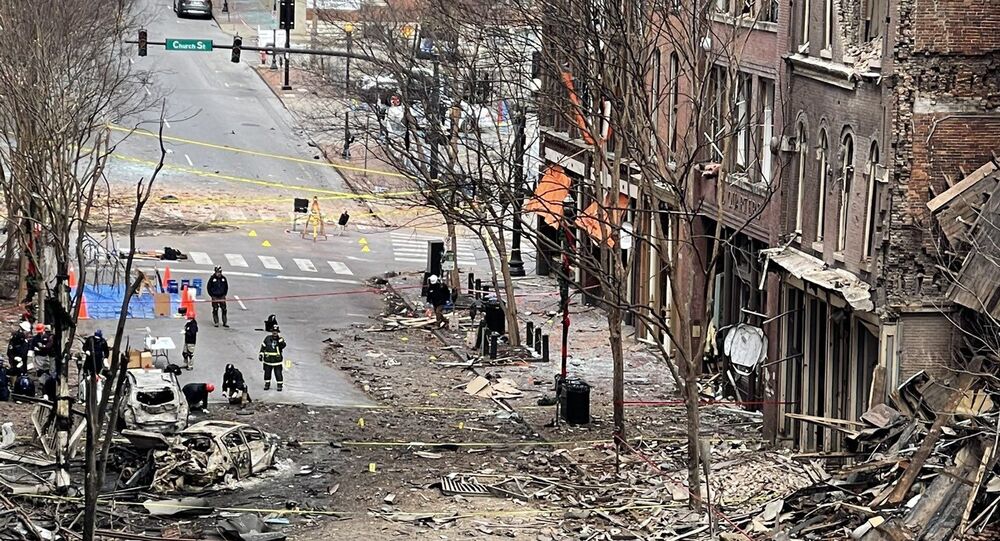 A bomb exploded in the Tennessee capital on 25 December, thought by some to be targeting an AT&T building containing key local communications infrastructure. The FBI identified 63-year-old Anthony Warner, who died in the blast, as being responsible for the attack.

The alleged perpetrator of the Christmas Day bombing in Nashville, Tennessee, Anthony Warner, reportedly spoke to 57 year-old neighbour Rick Laude about the planned bombing, according to Fox News.

According to Laude, Warner stopped his car on 21 December to speak with Warner. When Laude asked whether Santa was going to "bring anything good for Christmas", Warner, answering with smile, stated that "Nashville and the world is never going to forget" him.

The bomber's neighbour said he was shocked when heard that police had identified Warner as the person responsible for the explosion, as Warner was known to the block as a "quiet" person.

Warner lived in the Nashville suburbs and worked from home as a freelance IT consultant. Police are still seeking a motive for the crime, with some commenting that Warner believed 5G conspiracy theories, as the blast purportedly targeted telecom infrastructure, particularly 5G equipment.

"The unofficial motive thus far is the suspect believed 5G was the root of all deaths in the region and he'd be hailed a hero", the source said, according to the Daily Mail. "We are waiting on the digital footprint that should finally provide us with some answers".

A bomb-laden RV exploded on 25 December in downtown Nashville, destroying about 40 surrounding buildings, including an AT&T building, and disrupting telecommunication services.

Before the explosion, the RV broadcast an audio warning through loudspeakers, giving police time to evacuate people. Four people were injured by the bomb attack. The police determined that the recreational vehicle belonged to Warner.