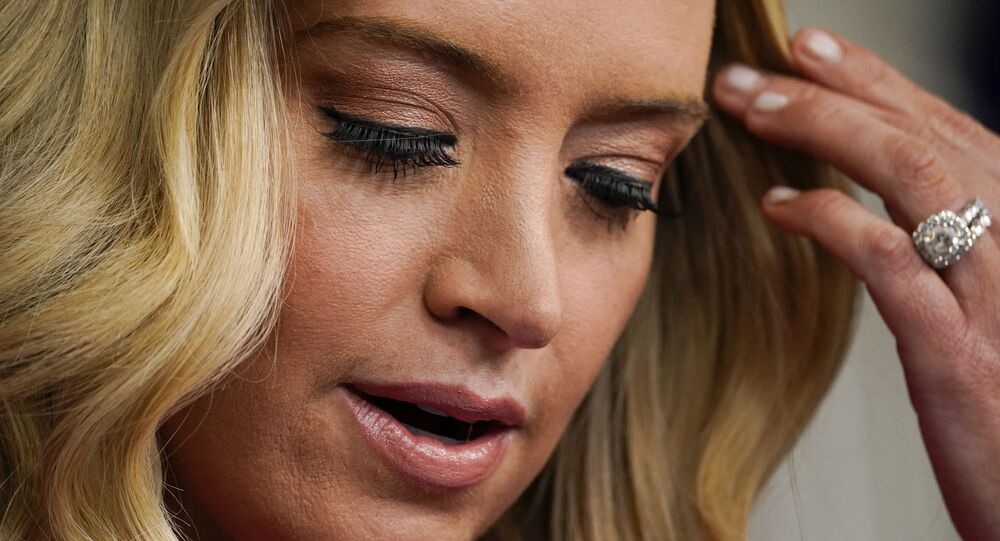 During an interview with Brian Stelter on CNN's Reliable Sources, reporter Jake Tapper directed a jab at Kayleigh McEnany saying that she "can’t acknowledge reality" and "tells lies all the time."

White House Press Secretary Kayleigh McEnany responded to CNN anchor Jake Tapper after the latter said he would not book people “from Donald Trump’s orbit like her and [Trump campaign senior advisor] Jason Miller” because there's "no value" in interviewing them.

He said the duo is “just so mendacious I just wouldn't put them on air,” when asked on CNN’s Reliable Sources show about the pitfalls of covering the outgoing Trump administration.

"These are just people who just tell lies the way that most people breathe," Tapper said, adding later that McEnany "tells lies all the time."

"She can't acknowledge reality," he said. "So I'm just not going to put somebody like that on air."

McEnany, who doubles as an adviser to the Trump campaign, in response tweeted that Tapper's comments are what she considered to be "therapy session for a broken network" adding that Tapper is "lazy enough to participate by lobbing baseless personal attacks, with ZERO evidence."

She specified that Tapper's “real problem” was:

“I do not leak. I do not lie. But I DO call out the lies of the media (i.e. CNN Russia collusion hoax!)," she offered.

US President Donald Trump, who is reportedly preparing to vacate the West Wing for his successor, Democrat President-elect Joe Biden, to assume power on 20 January, has repeatedly lambasted US top mainstream media, including CNN, as “fake news”, accusing them of political bias and underreporting what the president and his advisers consider to be important conservative causes.