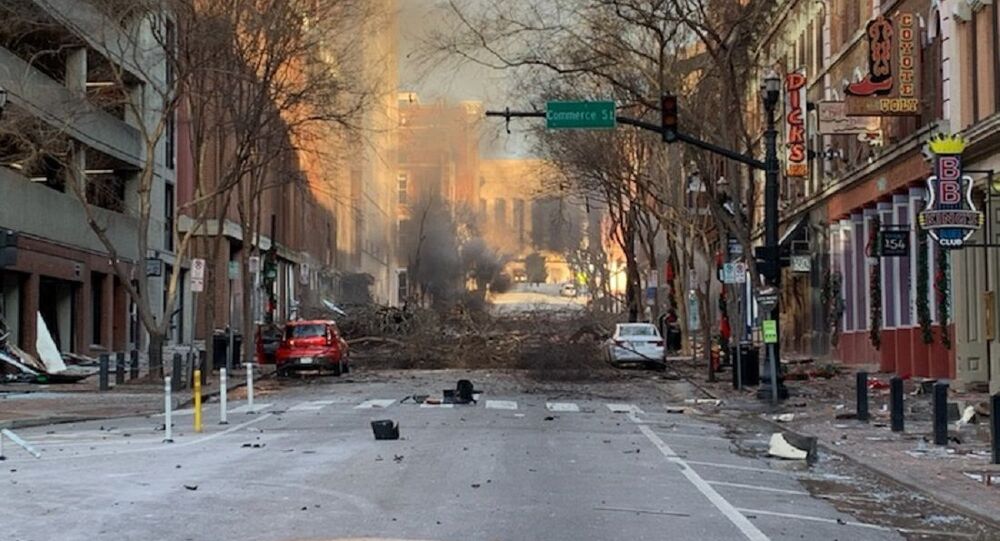 The explosion, which allegedly targeted the AT&T Building in Tennessee's capital, was orchestrated by 63-year-old Anthony Warner, who died in the blast.

According to the documents, US intelligence agencies believe "critical infrastructure" may be hit by people influenced by conspiracy theories, such as the idea that 5G waves are harmful to health. Among possible targets, the agencies have reportedly earmarked power grids in areas under strict quarantine or those powering hospitals, government buildings, and telecommunications towers.

US officials have not confirmed their reported concerns over possible copycat attacks in the wake of the Nashville bombing, but have released a statement claiming they expect no further explosions linked to the one that rocked the Tennessee capital early on Christmas morning.

© REUTERS / Harrison McClary
Investigators work near the blast site on 2nd Avenue in Nashville, Tennessee on 26 December after an RV exploded the day before, injuring four

On 25 December, a bomb-laden RV belonging to 63-year-old Anthony Warner, who lived in Nashville's suburbs, exploded damaging nearly 40 nearby buildings, including the AT&T Building, disrupting its telecommunication services. The RV broadcasted a warning prior to the explosion urging residents to evacuate – police officers therefore had time to evacuate people and prevent any fatalities. Four people were injured by the blast.

After it was made public that Anthony Warner, who died in the explosion, was responsible, reports emerged that he believed in aliens and supported 5G conspiracy theories. However, US authorities refuse to name a motive.

5G conspiracy theories spiked in the middle of the pandemic and some even claim that 5G towers spread COVID-19, despite no evidence. Such theories are thought to have fuelled scores of attacks on telecommunication equipment across the UK and the Netherlands.