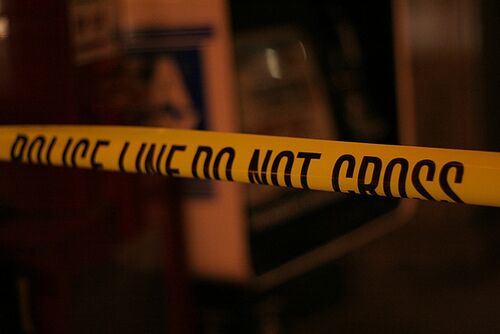 Highway Shut Down Near Tennessee's Lebanon Due to Suspicious Box Truck

According to media reports, local authorities and the FBI are now investigating the suspicious vehicle after a call reported that it was driving while playing an evacuation message.

The Wilson County Sheriff’s Office has shut down Highway 231 near Lebanon, Tennessee, over a suspicious white truck, local media reported on Sunday afternoon.

The vehicle was reportedly playing an evacuation message siimilar to the one that sounded prior to the RV explosion in Nashville on Christmas Day. Rutherford County Sheriff’s Office has confirmed the information.

This is the section of road currently blocked off in Lebanon for the investigation. @WSMV pic.twitter.com/WqZzmZ8I7M

The bomb squad was dispatched to the scene and the driver of the truck was reportedly taken into custody. Rutherford County Sheriff’s Office said that dispatchers received the call at about 10.30 am about the suspicious vehicle parked at Crossroads Market in Walter Hill.

On 25 December, a blast occurred in downtown Nashville that was later linked to an RV parked in the area. Minutes before the explosion, the vehicle played a warning urging residents in the nearby area to evacuate. The explosion resulted in three people injured.

The investigators had said it was an "intentional act", before a suspect has been officially identified as 63-year-old Anthony Warner, whose house was searched by the FBI on Saturday. The DNA samples collected there appeared to match the tissue found near the site of the Christmas Day explosion.

Warner is said to have died in the blast.