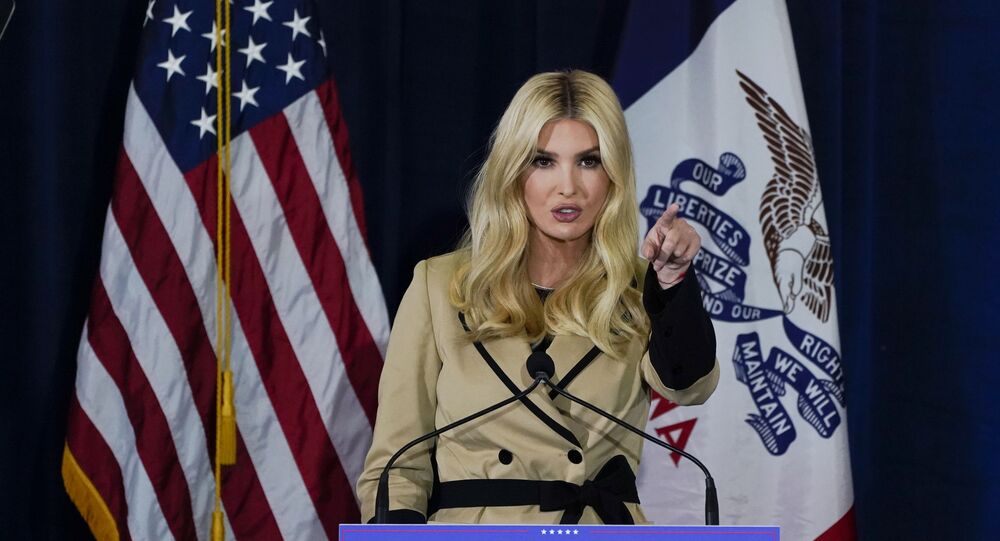 There is reportedly a lot that Donald Trump’s eldest daughter and adviser has been collecting notes on in recent years, and her observations, including of her opponents and rumours they spread, may lay the ground for a new explosive memoir, White House insiders claim.

Ivanka Trump “has been approached” regarding a new book she might soon pen on her time in the White House, Page Six reported, citing sources.

One person said the first daughter “has been keeping extensive notes” on her role as a presidential adviser. The source specified that the third book, which could follow her previously published  “The Trump Card” and “Women Who Work”, would be “based on her time in the West Wing”.

“Ivanka has been known to correct friends who mistakenly thought she worked only in the East Wing”, the source added, stressing that she would be aiming to confront her critics, among other things. She is reportedly willing to set the record straight on a whole array of issues, including responding in kind to the widely chewed-over claims that “she was out of her depth as the president’s adviser”, the perpetual rumours of her being “marginalized by her dad”, or being in a tense row with stepmother Melania, who is only 11 years her senior.

“She will also address what she says is the targeting of her life and business by the liberal media, [Democratic] politicians and the New York attorney general”, the source went on.

They thereby referred to the AG office looking into the Trump Organisation’s records, including Ivanka’s alleged consulting fees and her role in the arrangement of her father’s inauguration in January 2017. Ivanka, who did not testify as a suspect, but as a witness, still referred to the probe as “harassment pure and simple”, calling the move “100% motivated by politics, publicity and rage”.

The insider also touched upon Ivanka’s potential future in politics, saying she “wants one” and could possibly pursue such a career once her family relocates to Florida, where she and her husband Jared Kushner have reportedly bought a $30 million-plus lot of land on Miami’s affluent Indian Creek Island.

Another source said a book is nothing more than “one of the options available to Ivanka”, but it’s “nowhere near top of mind or imminent”. “She’s hyper-focused on her family, and the work she’s doing at the White House”, the insider commented.

Currently a senior White House aide dealing with social and business matters, like employment and women’s inclusion in the country’s economic life, Ivanka was reportedly weighed by President Trump as his running mate. After Trump’s eldest daughter told him that “it wasn’t a good idea”, he “capitulated” and then made up his mind to tap Mike Pence for the role, according to a new book by former deputy Trump campaign manager Rick Gates. However, the president has vehemently rejected the claims, which were eagerly circulated by a number of US mainstream media outlets in late September.