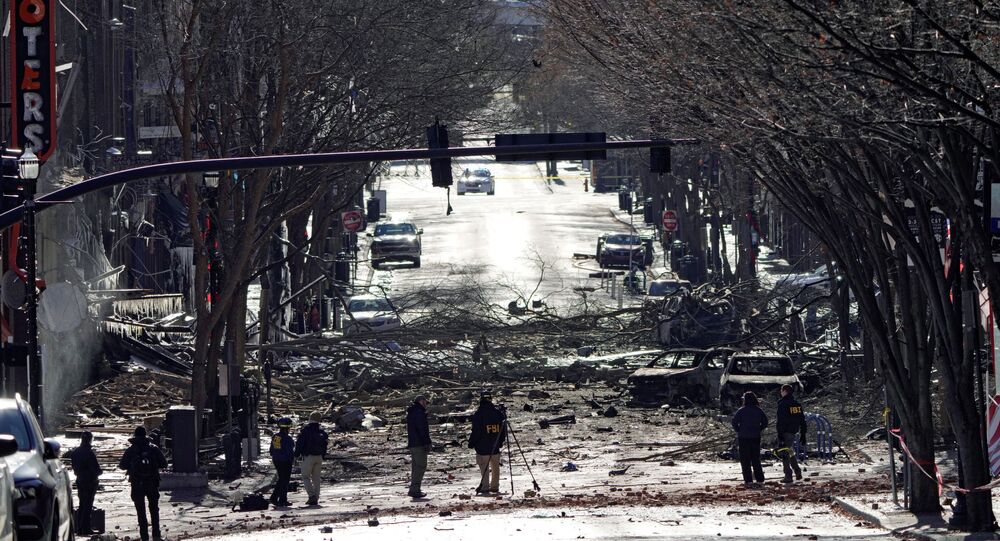 So far, no arrests have been made and the authorities have not officially confirmed any suspects in the investigation, though the FBI is reportedly looking into a number of individuals.

Police are investigating more than 500 calls in connection with the Christmas morning explosion in downtown Nashville, Tennessee, media reported on Saturday.

FBI Special Agent Douglas Korneski told reporters that they are "looking at every possible motive".

According to CBS News, citing a law enforcement source, a 63-year-old man has been identified as a person of interest in the investigation.

Police were responding to calls about gunshots in the early hours of Friday as an explosion occurred outside 166 2nd Ave. It was linked to an RV parked in the area. Suspiciously enough, a warning sounded prior to the blast, urging locals to evacuate before an explosion would occur in 15 minutes. In addition to that, tissue has been found near the site of the explosion, though the authorities have yet to determine if these are human remains.

At least three people were injured as a result of the blast. Police previously said that the explosion was an "intentional act".

The FBI, Metro Nashville Police Department the Bureau of Alcohol, Tobacco and Firearms are continuing their search for the driver/owner of the RV, as they still cannot confirm if anybody was in the vehicle the moment it exploded.