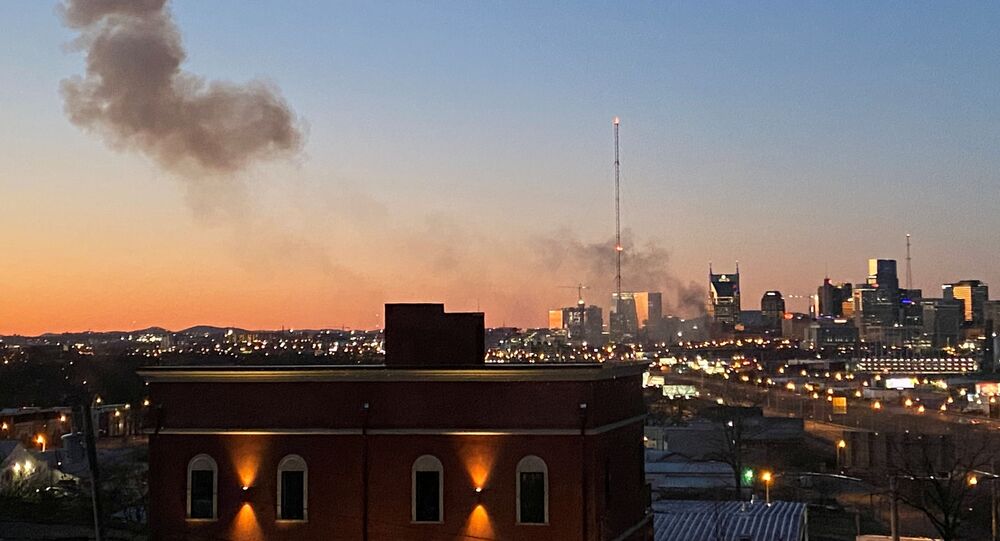 MOSCOW, (Sputnik) - Bill Lee, the governor of the US state of Tennessee, has asked President Donald Trump to declare an emergency following the massive blast in the city of Nashville on Christmas Day.

"I request that you declare an emergency disaster declaration for the State of Tennessee as a result of an intentional explosion in Nashville, Davidson County," Lee's letter, which was posted on Twitter on Saturday, read.

In the letter, Lee said that 41 businesses that suffered damages in the blast required federal help.

​The governor also expressed his gratitude to the Federal Bureau of Investigation and the Bureau of Alcohol, Firearms, and Explosives for leading the investigation, as well as to local law enforcement officers who responded to the blast.

On Friday, an RV exploded in downtown Nashville after it played a recorded warning. No casualties were initially reported, although Nashville Police Chief John Drake said late on Friday that possible human remains had been found near the site of the blast.