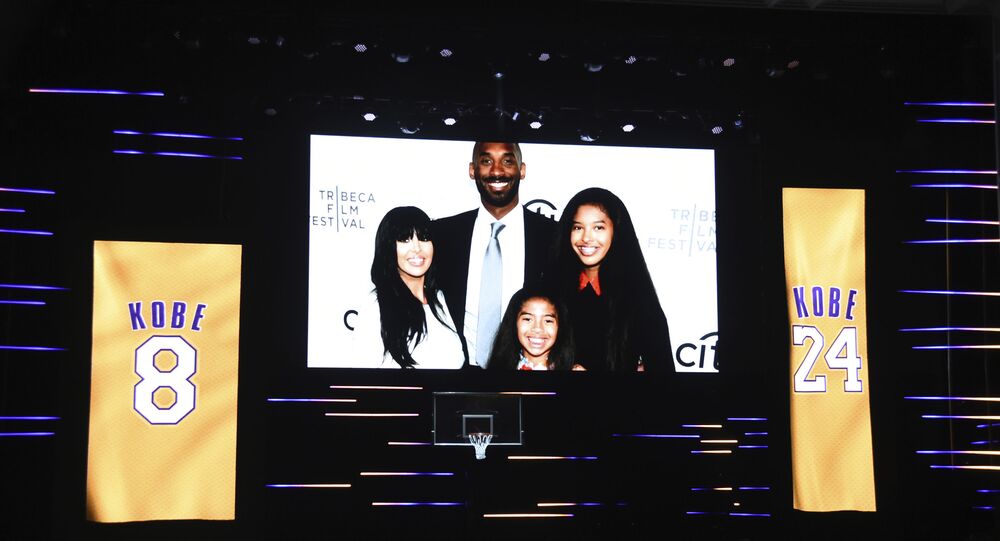 This is the first Christmas holiday that Bryant is spending without her husband and daughter, who died in a helicopter crash in January.

Wife of late NBA legend Kobe Bryant Vanessa took to Instagram to share a Christmas message and a new photo of her family, as the Bryants for the first time spend the holidays without Kobe and Gianna.

Bryant posted two family photos: one from 2019 with her, Kobe and their four daughters, and a new one – where Vanessa is sitting on a couch with just Natalia, Bianka and Capri. Both pictures are black-and-white and in both of them the family is seen smiling. In the new one, however, the women are all wearing similar black dresses.

The caption reads: “Always Together, Never Apart Together Forever In Our Hearts. ❤️❤️❤️❤️❤️❤️ Kobe, Vanessa, Natalia, Gianna, Bianka and Capri”.

The helicopter with Bryant, his 13-year-old daughter Gianna Maria-Onore and seven others crashed in the US city of Calabasas on 26 January, killing all passengers aboard the aircraft, including the pilot. In February, Vanessa Bryant filed a wrongful death suit against the company that owned the helicopter, accusing the pilot of negligence and failing to use ordinary care in piloting the aircraft.