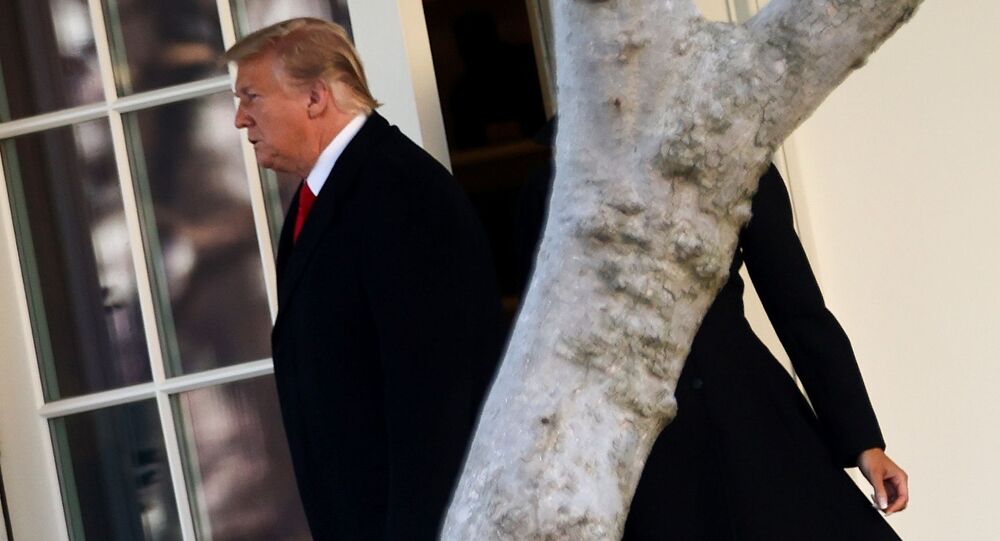 On Tuesday, Trump granted full pardons to four former Blackwater contractors convicted in connection with the death of 14 unarmed Iraqi civilians, including two children, in Baghdad's Nisour Square in 2007.

"Does Trump’s pardoning of the Blackwater mercenaries encourage further atrocities by US soldiers and contractors? Of course it does," Wilayto, the editor of The Virginia Defender, said. "And it builds on former President Barack Obama’s refusal to prosecute CIA operatives guilty of running secret torture centers."

Wilayto also said the pardoning undermines the authority of the United States and its relations with countries such as Iraq.

"But does Trump care about that? No. He’s thinking about his reputation among his followers, most of whom probably do support the pardons," he noted.

Wilayto disputed Trump's claim that the pardons were broadly supported by the public.

"That’s highly unlikely, given the sad fact that most of the US public probably doesn’t even remember the Nisour Square massacre, so it’s not a move likely to win him any new supporters," Wilayto said.

© REUTERS / ERIN SCOTT
US President Donald Trump poses on the Truman Balcony of the White House after returning from being hospitalized at Walter Reed Medical Center for coronavirus disease (COVID-19) treatment, in Washington, U.S. October 5, 2020

Wilayto noted that the pardons were given just three days after Trump tweeted a call for a "big protest" in Washington on January 6th, the day Congress is scheduled to certify the presidential election. After the tweet, the activist said, extreme right-wing groups immediately began planning for the event.

"Previous pro-Trump gatherings in November and December in DC resulted in several stabbings, along with the destruction of anti-racist banners at two Black churches," he said. "So it’s possible the pardons were meant to send a message to Trump supporters that, if they engage in violence on Jan. 6, he would support them in some way."

However, despite these developments, Wilayto said he does not believe Trump is motivated to build an American empire or to dominate the world militarily as the US elite expect most presidents to do.

"Trump may like to threaten China, North Korea, Iran, Venezuela and other countries that defy the dictates of the Empire, but he’s not interested in strategically dominating the world. He pulled this country out of the 2017 Pacific trade deal, opening the door for China to assume a leadership role. He is withdrawing troops out of Iraq, Afghanistan and Somalia, saying he’s not interested in these ‘endless wars," he explained.

Wilayto said he believes Trump lost the 2020 presidential election because the US ruling class lost confidence in his willingness and ability to defend the empire.

"And they know that President-elect Joe Biden has proven himself to be a faithful servant of the ruling class, more than willing to support wars on innocent countries if it serves the interests of US corporations," he concluded.