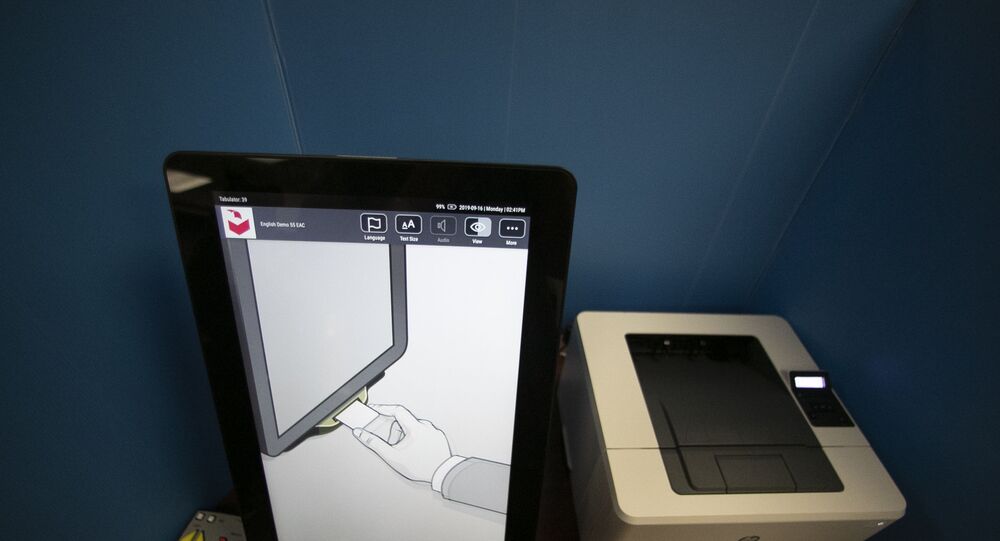 On Tuesday, Eric Coomer, director of product strategy and security for Dominion Voting Systems, filed a separate suit against the Trump campaign and several media outlets, accusing them of “defaming” his reputation and leading to threats against his personal safety.

Dominion chief executive John Poulos is threatening “imminent” legal action against senior members of the Trump legal team, demanding they preserve all records related to the company, and saying the company’s lawyers will file when ready.

“We did send a letter to several different people that have been spreading lies and defamatory remarks about our company since Election Day on various media platforms. We did use the word ‘imminent’. We’ve handed it over to our legal team, and it’s completely in their hands. So they will be filing when they’re ready,” Poulos said, speaking to CNN on Thursday.

“Several different actors have been promoting lies and amplifying those lies,” the executive said, adding that these claims are “causing serious doubts” in Americans’ minds about the integrity of their electoral system.

Poulos said he does not expect Trump’s legal team to retract their statements.

The chief executive called former Trump attorney Sidney Powell “the most egregious and prolific purveyor” of the “lies” against his company, and said he looked forward to “showing and proving that in court". Powell was distanced from the Trump legal team after claiming Dominion was created by the late Venezuelan leader Hugo Chavez and saying the CIA may have also been involved while promising “biblical revelations” of fraud.

Earlier this week, Eric Coomer, a senior executive at the company, filed his own lawsuit against the Trump team, saying the allegations against him have led to death threats.

Poulos confirmed that he himself and others at the company also received death threats and been forced to scrub publicly available information about themselves online.

“We have three separate legal teams working diligently on these matters, but let me just say that the damage has really been immeasurable in many ways, not the least of which is the effect on our customers,” the executive said, when asked about possible damages Dominion would be seeking.

He also asked media outlets to stop “amplifying” the Trump campaign’s fraud allegations by reporting them, saying issuing retractions and corrections was the “bare minimum” that the media should be doing.

Donald Trump has repeatedly attacked Dominion over its alleged role in the fraud campaign he suspects, saying the company has “a bad reputation and bum equipment that couldn’t even qualify for Texas,” and citing a report alleging that the company had “deleted 2.7 million Trump votes nationwide,” including 221,000 in the swing state of Pennsylvania.

Dominion representatives have said repeatedly that deleting votes or switching them from one candidate to another was impossible, and that the tally reported electronically would not match the printed ballots if this was done.

© AP Photo / Brynn Anderson
Dominion Voting Systems Senior Official Sues Trump Campaign for Alleged Denigration
However, last week, a court-ordered forensic audit of Dominion machines in Michigan claimed that the machines were not only prone to a fantastical error rate, but seemed “intentionally and purposefully designed” to give out faulty read-outs to allow for manual changes. State officials dismissed the redacted report after battling its release in court.

The Dominion fraud accusations are part of a much wider arsenal of allegations put out by the Trump campaign regarding the 3 November election, with other claims suggesting massive dumps of mail-in votes took place on election night, and accusing authorities in swing states of kicking election observers out of polling places and count rooms. The Trump team has filed several lawsuits in state and federal courts, but has yet to win a single victory.