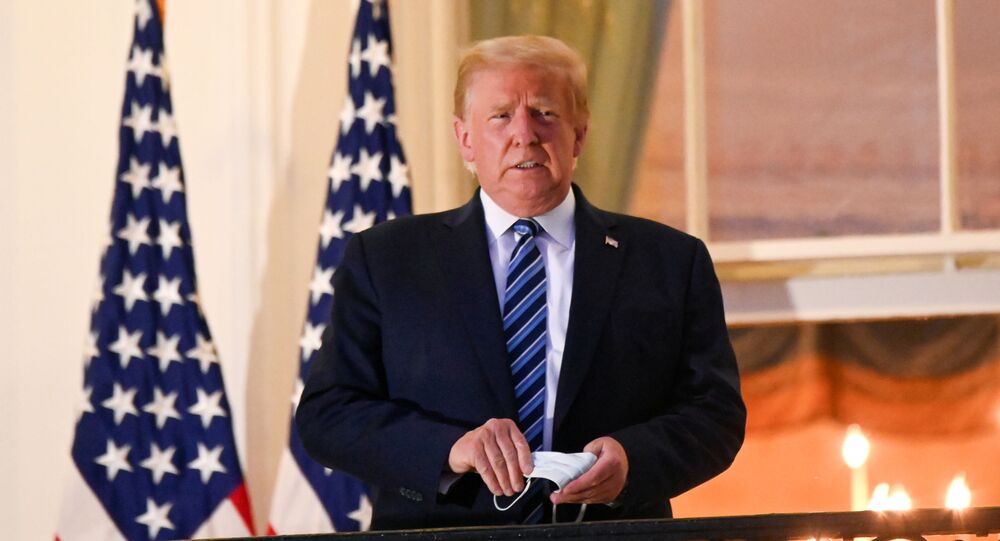 Trump announced last week that now-dismissed Attorney General William Barr would resign from his post on 23 December. This followed weeks of criticism coming from Trump in relation to Barr’s lack of support towards claims the November vote was rigged and an unwillingness to disclose an ongoing probe into the tax affairs of Joe Biden’s son.

President Trump has doubled down on his earlier calls to appoint a Special Counsel to investigate “voter fraud” claims in Novembers US presidential election.

On the same day Attorney General William Barr was set to leave his post, Trump tweeted that he disagrees with those who do not believe that an independent agency is “immediately” needed to probe the alleged cases of fraud, while reiterating his message that the 2020 presidential election has been “the most corrupt” in the history of the United States.

After seeing the massive Voter Fraud in the 2020 Presidential Election, I disagree with anyone that thinks a strong, fast, and fair Special Counsel is not needed, IMMEDIATELY. This was the most corrupt election in the history of our Country, and it must be closely examined!

A Special Counsel is usually set up as an agency to investigate particular instances of alleged illegality if it is believed that using usual prosecutors may result in a conflict of interest.

William Barr, who was set to vacate his seat on 23 December, said during a Monday press conference that he was not planning to appoint a special counsel to review claims raised by the president and many of his supporters that the election victory was stolen from Trump through widespread fraud, ballot tampering or forgery via Dominion Voting Systems.

During the press event, Barr said that he stood by his earlier statement that there was no evidence of systematic fraud in the election that could have significantly influenced the outcome. He also said that there was “no basis” for the federal government to confiscate voting machines that were used on 3 November.

No Special Counsel for Hunter Biden

The outgoing attorney general also argued that there was no plan to appoint a Special Counsel to probe tax affairs of Joe Biden’s son Hunter, who revealed on 9 December that he had just learned that he was under investigation by the US Attorney´s Office in Delaware over his business activities, including in Ukraine and China.

Barr said that he was sure that the probe was “handled responsibly and professionally currently within the department” and a special counsel was not needed in this case. Before that, Trump has sent some angry vibes on Twitter, saying that it was a “big disappointment” that the attorney general did not disclose the probe to the public, despite the news that it was ongoing for more than a year.

Several days after that, Trump announced on Twitter that William Barr will leave his post before Christmas.

“Our relationship has been a very good one, he has done an outstanding job!" Trump said about his once fierce supporter.

© Wikipedia / Luis M. Alvarez
Hunter Biden's Tax Probe Should Have Been Disclosed Before Trump Impeachment Trial, Senator Says
Barr’s post will now be assumed by Deputy Attorney General Jeffrey Rosen. Speaking in an interview with Reuters, he however refused to say whether he was planning to appoint special counsels to investigate “election fraud” claims or the president-elect’s son’s business deals, although there have now been reports that the discussions on the issue were ongoing.

Trump’s campaign lawsuits filed to oppose Joe Biden’s victory in key battleground states and the certification of results has so far failed to yield any significant results.

On 14 December, Joe Biden was confirmed by the Electoral College as the new president-elect with 306 votes in his favour against Trump’s 232.