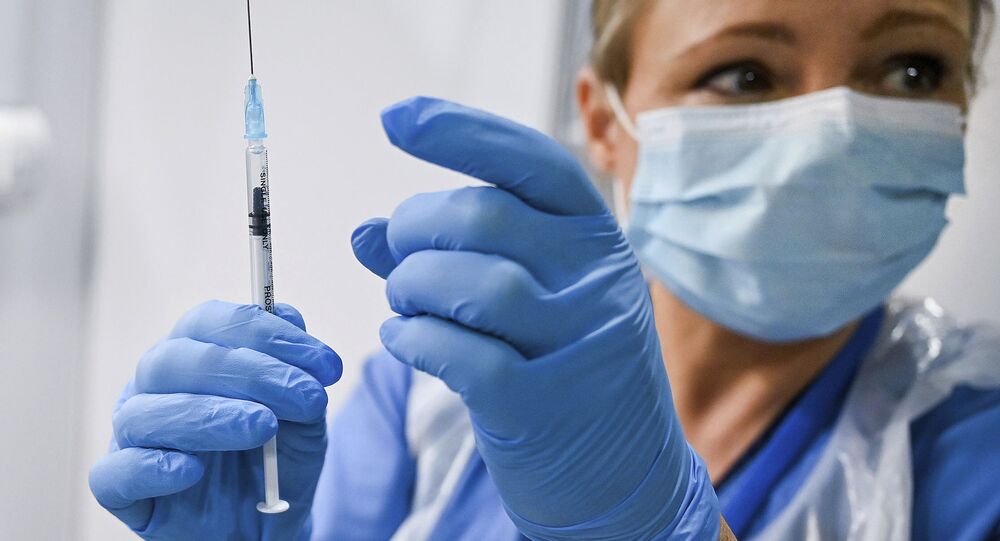 The US’ Food and Drug Administration has approved two COVID-19 vaccines that were created by pharmaceutical companies Moderna and Pfizer. Of the pair, Pfizer’s vaccine, developed in conjunction with BioNTech, has prompted just a handful of individuals to experience allergic reactions such as anaphylaxis.

The New York City Department of Health and Mental Hygiene revealed on Wednesday that out of the tens of thousands of people that have been given a COVID-19 vaccine, one health care professional experienced a “significant allergic reaction.”

Officials noted that the unidentified individual's reaction is the first “serious adverse event” resulting from the vaccine that has been documented in the city. It was also reported that the health care worker was in stable condition after being treated for the reaction.

“With more than 30,000 COVID-19 vaccinations administered in New York City, we have received a single report of a serious adverse event in a health care worker,” reads a statement from the department. “Vaccines do have side effects and allergic reactions - while uncommon - are known to occur.”

“We also know that based on clinical trials and reports of adverse effects in other jurisdictions, reactions such as these are rare but have been reported with the Pfizer vaccine,” the release adds.

At present, it’s unclear when or where the individual received the vaccine, or how soon after receiving the drug an allergic reaction was documented. Health officials did not disclose which of the two available vaccines the worker received.

However, despite the incident, officials indicated that the vaccine rollout will continue as the department, in conjunction with the US Centers for Disease Control and Prevention, tracks reports of side effects from the inoculations.

The development comes just two days after the US National Institutes of Health announced it was preparing to launch a new study to examine the causes of rare but severe reactions to Pfizer’s COVID-19 vaccine.

Researchers believe that the medicinal compound polyethylene glycol, which is also present in the Moderna vaccine, may be to blame for the reactions being reported. It’s worth noting that officials called for the start of the study after a health worker in Alaska experienced anaphylaxis, a multi-system reaction that causes individuals to have difficulties breathing.