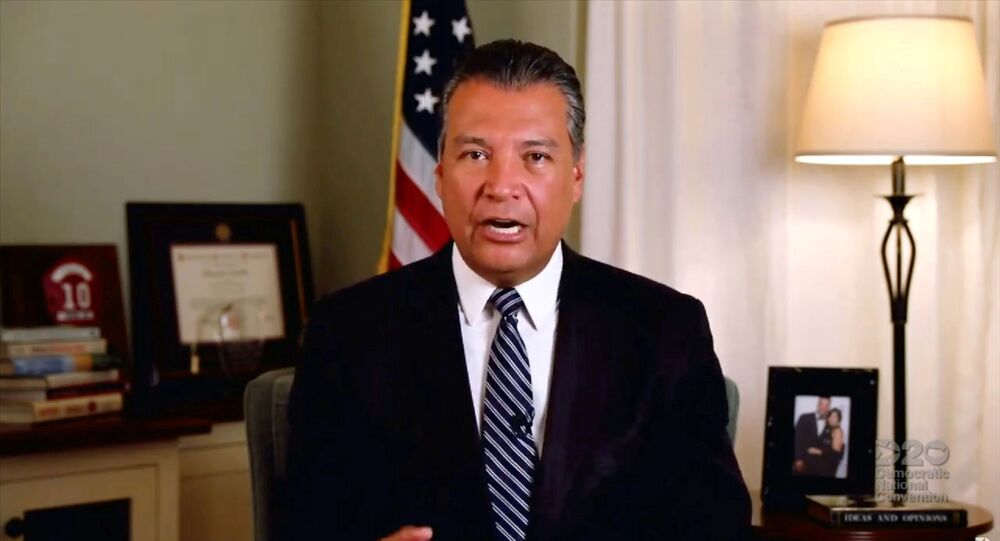 Since California Senator Kamala Harris was chosen to be the running mate of 2020 Democratic presidential candidate Joe Biden, subsequently winning the election, according to the electoral college vote results, the question of who should fill her seat in the Senate has arisen.

California Governor Gavin Newsom has appointed the state's Secretary of State Alex Padilla to succeed Kamala Harris in the Senate, who is to be sworn in as the nation's vice president under the Biden administration in January, Axios reported Tuesday.

Padilla is expected to serve in the US Senate for the remainder of Harris' term, until 2022, and he will be the first Latino to represent the state of California in the Senate.

According to the report, he was considered as the most likely candidate for the appointment, though disputes over who should replace Harris and representation of ethnic minorities did not abate. Some political groups reportedly lobbied for Governor Newsom to fill the future vice president's seat with a Black woman, to maintain the current racial diversity in the Senate. Hispanic groups, meanwhile, argued that California has never had a Latino senator in the federal body despite being the largest population group in the state, according to statistics.

"It’s a hell of a decision, U.S. Senate, because you’re guaranteed to upset more people than you please," the Wall Street Journal quotes Newsom as recently saying.

Nevertheless, when Newson announced his pick for senator-designate, he commented on the historical significance of the appointment.

His appointment will make history. But the @AlexPadilla4CA I know is far more interested in changing history -- especially for the working men and women of our state and country.

I can think of no one better to represent the state of California as our next United States Senator. pic.twitter.com/xiAzpTS42Y

According to the report, while serving as California's 32nd secretary of state, Padilla's actions were aimed at expanding voting access and ensuring an accurate census count. He served two terms in the state Senate, from 2006 till 2014, where he was the author of legislation on climate change and advocated for universal health care.