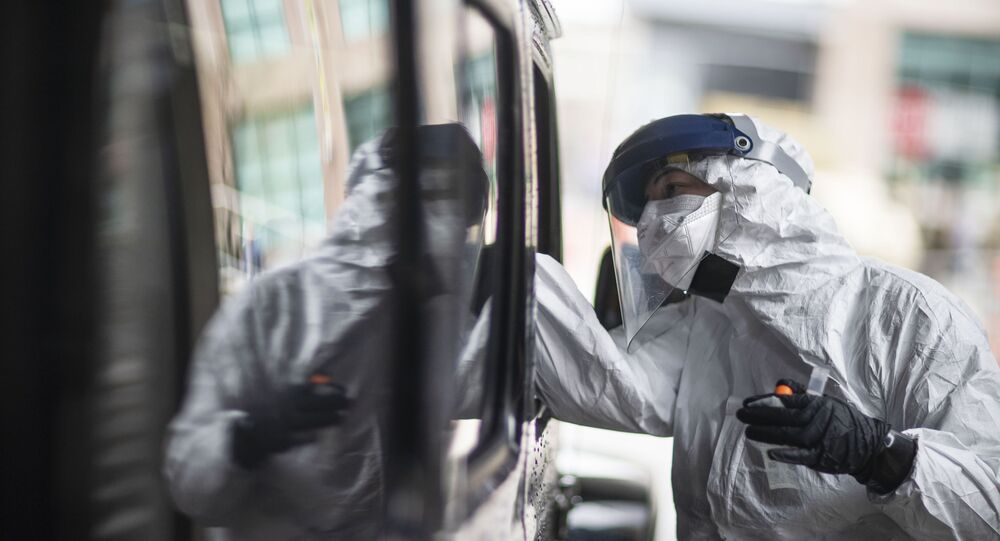 COVID-19 Pandemic Will Turn 2020 Into Deadliest Year in US History, CDC Says

To date, the onset of the COVID-19 pandemic and other factors have prompted deaths in the US to spike by roughly 15% when compared to 2019 data, with researchers anticipating that figures will likely rise even further for the remainder of 2020.

Preliminary data released by the US Centers for Disease Control and Prevention (CDC) on Tuesday indicates that 2020 is on track to be the deadliest year in US history, as the death count is forecast to exceed 3 million.

The CDC noted that the Land of the Free may record more than 3.2 million deaths by the end of 2020, which would be an increase of at least 400,000 when compared against data from 2019. Should forecasts be proven accurate, the spike would mark the single largest percentage jump since 1918, when deaths spiked by 46% on account of US soldiers who died in World War I and Americans who died amid the 1918 flu pandemic.

While 2019 death statistics showed that the nation’s mortality rate had fallen and life expectancy had increased by several weeks, Robert Anderson, chief of the CDC’s Mortality Statistics Branch, told the Associated Press that life expectancy in the US for 2020 could plummet by as much as three years.

Admittedly, the spike in the US’ recorded annual deaths was largely driven by the COVID-19 pandemic. The US has maintained a positivity ratio of over 11% and has been the country leading the world with the highest case count. Figures released late Monday by Johns Hopkins University revealed that the US had surpassed 18 million cases and had reported 320,551 deaths.

However, according to Anderson, SARS-CoV-2, the virus that causes COVID-19, wasn’t the only cause of the higher death count in the US this year. More deaths than expected were caused by heart and circulatory diseases, dementia and diabetes.

The US’ death statistics also worsened due to an increase in drug overdoses, which had been on the rise prior to the pandemic. Officials have noted that overdoses worsened since the pandemic caused disruptions to services provided by treatment and recovery centers.

The CDC explained in a December 17 release that over 81,000 overdose deaths occurred from June 2019 to the end of May 2020, the highest tally ever recorded in a one-year period.

Amid concerns that deaths may only continue to spike during the holiday season, health professionals have doubled down on their calls urging Americans to adhere to the strict COVID-19 countermeasures. Anthony Fauci, who serves on the White House coronavirus task force, previously hinted that the US may return to a sense of normalcy sometime in mid to late 2021.

COVID That Stole Christmas? People From Around World Tell How Pandemic Will Change Their Holidays