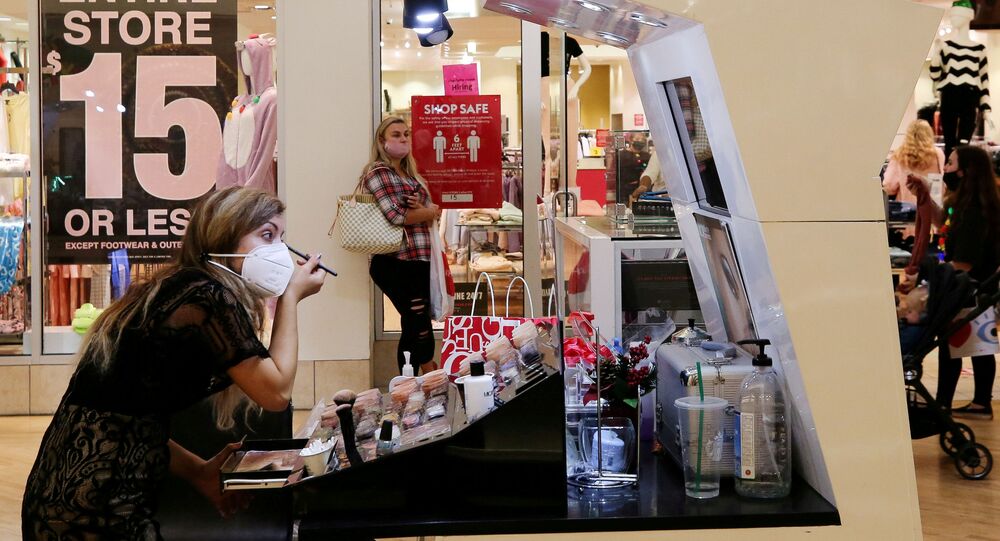 WASHINGTON (Sputnik) - US President Donald Trump has signed a bill on Tuesday extending budget for six days follow the passage of a $1.4 trillion federal spending package for 2021 by The US House of Representatives and the Senate.

"On Tuesday, December 22, 2020, the President signed into law: H.R. 1520, the 'Further Extension of Continuing Appropriations Act, 2021,' which provides fiscal year (FY) 2021 appropriations to Federal agencies through Monday, December 28, 2020, for continuing projects and activities of the Federal Government", the statement read.

The two houses of Congress on Monday night passed a $1.4 trillion federal spending package for 2021 that includes $900 billion in coronavirus relief after it was passed by the House of Representatives and the Senate, the White House said in a statement on Tuesday. Trump is expected to sign the legislation before the stopgap funding measure expires.

The COVID-19 relief package includes $300 weekly unemployment benefits, as well as $600 stimulus checks for qualifying adults and children in the United States.

The funding legislation includes $696 billion for defence spending and renews a $290 million budget for the "countering Russian influence fund."

Lawmakers allocated another $15.35 billion for US nuclear weapons activities, an increase of $2.9 billion above the 2020 level, to maintain nuclear deterrence and to fund Research and Development capabilities.

The legislation also includes $710 million for efforts to counter Daesh*, including support for the Iraqi Security Forces, Kurdish Peshmerga, and the Syrian Democratic Forces fighting Daesh*.