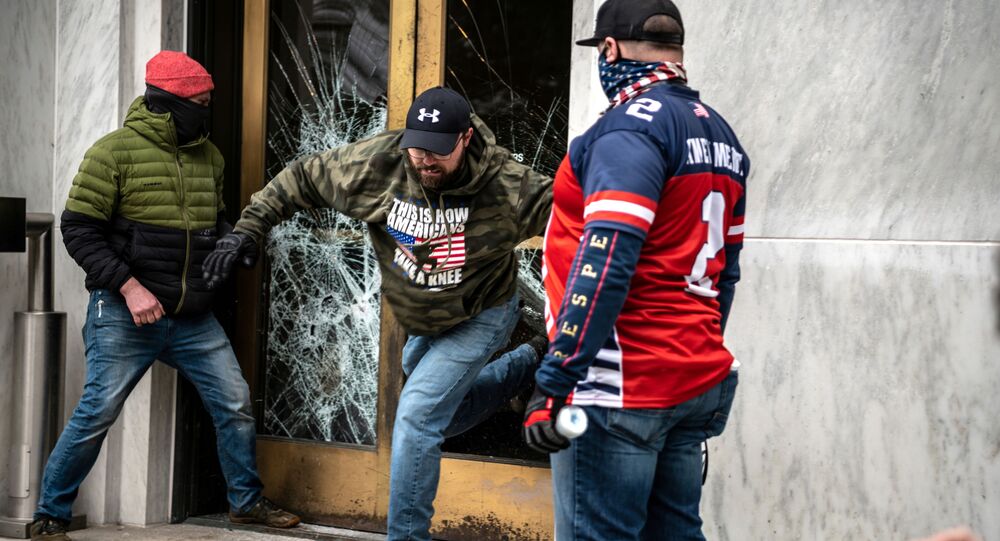 About 100 protesters, including members of the right-wing Patriot Prayer group, clashed with riot police officers from the Oregon State Police and Salem Police Department.

Four people were arrested during an anti-lockdown protest in Oregon, when some of the participants attempted to storm the state сapitol building and clashed with riot police.

​The Oregon Capitol was holding a hearing at the time, with local lawmakers present. The session was disrupted by protesters who chose to oppose coronavirus restrictions aggressively.

According to local police departments, nearly a hundred protesters were engaged in clashes with law enforcement, prompting the latter to use pepper spray to disperse the crowd.

Videos and photos from the protest were shared online.

"We're standing up for our constitutional rights to be here for this legislative hearing and for our rights to re-open the state of Oregon... We are the people, we are the taxpayers. We're here to fight for our democracy," protester Crystal Wagner told the Statesman Journal.

According to local media reports, a man has been on the run after attempting to break into the Capitol building and attacking reporters afterwards.