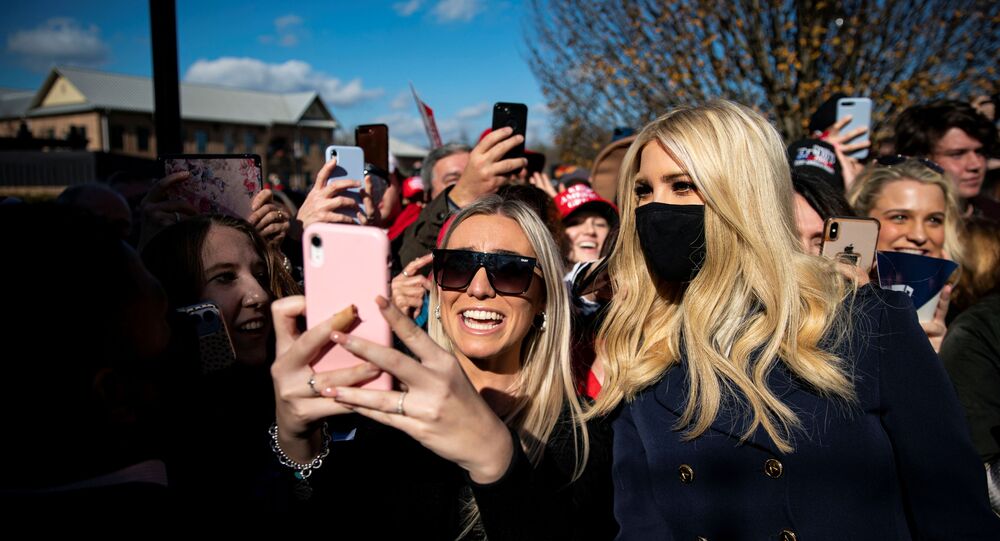 On 5 January, Georgia will hold its Senate run-off elections after both Republican and Democrat candidates failed to secure more than 50% of support during the November vote. The results of this crucial race will decide the composition of the US Congress for years to come.

Donald Trump’s daughter Ivanka came to Georgia on Monday to signal support for incumbent Republican senators Kelly Loeffler and David Perdue, who are currently facing a tough challenge from Democratic contenders. During her passionate speech, the White House adviser urged Georgian voters to “fight for Trump” with their Senate picks instead of sliding into “oppressive government”.

“Georgia will decide whether our children will grow up under an oppressive government or whether America will remain the land of the free,” Ivanka said during the rally. “I think we know what Georgia's going to decide.”

“Kelly and David are working incredibly hard to make sure this election is safe and secure and that every single legal vote is counted,” Ivanka said, while urging Georgians to cast their support for the two as early as possible.

Loeffler and Perdue are running against Reverend Raphael Warnock and Jon Ossoff, and the race remains tight, according to the most recent poll data. The election officials said that hundreds of thousands of ballots have already been cast in early voting, both in person and via mail, to decide which party would eventually control the upper chamber of the US Congress after 20 January. If the incumbent Republican senators lose the race, this would mean that both houses of Congress would come under the control of the Democratic party.

Ivanka made sure that everyone at the rally knew that this would not be the outcome either she or her father would want for the United States.

“We must send David and Kelly back to the Senate to defend election integrity and protect American democracy and fight for Trump,” she concluded, the calls that have been echoed by the president’s supporters who responded with “Fight for Trump!” chants, according to observers.

Donald Trump himself is planning to come to Georgia before the crucial run-off race, his second visit to the state after the November vote. During his 5 December appearance at a campaign rally in Valdosta, the president spend significant time disputing election results in key battleground states, including Georgia, and making voter fraud claims.

On 14 December, the Electoral College convened to confirm that 2020 presidential election was won by Joe Biden, but Donald Trump has so far refused to admit the defeat.