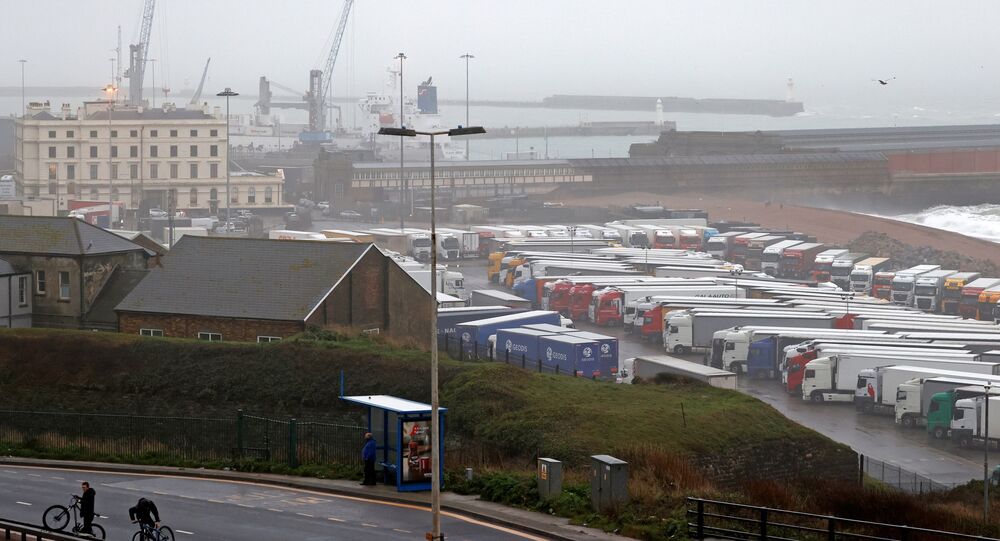 A new strain of COVID-19 was identified last week in the UK and other countries across the globe. According to health officials, the new-found variant is highly contagious, up to 70% more than the original strain, though it reportedly does not differ in death rates. As a precaution, many nations have imposed travel bans on the country.

Governor of New York Andrew Cuomo has urged the US federal government to stop all travel from the UK completely, or at least impose a mandatory requirement of pre-boarding testing for airlines between the US and the nation, Cuomo stated during a press conference on Monday.

The governor also announced that he asked three major airlines to add the state of New York to the list of 120 countries requiring their passengers from the UK to provide a negative COVID-19 test result before getting on a flight.

At the moment all three companies, namely British Airways, Virgin Atlantic and Delta, have agreed to require a negative COVID-19 test in a bid to prevent the import of a new coronavirus variant to the US.

"We have an agreement now with the three airlines that fly from the UK to the New York airports: Virgin, Delta, and British Airways. But the point is bigger than just New York... We have been worried about a mutation."

"This is another disaster waiting to happen," Cuomo said. Even though New York State is not a country, Cuomo said it’s under a public health emergency and that "incompetence from the federal government is not an option for us in New York."

Cuomo also cited UK Prime Minister Boris Johnson, who stated that the new strain of the COVID-19 virus raging across England's south is considered to be 70% more contagious than the old strain.

"The strain is so serious that the U.K. has closed down again," Cuomo said. "We are on notice about it. Why don’t we act intelligently for a change? Why don’t we mandate testing before people get on the flight, or hold the flights from the UK now? Many other countries have done this."

On Sunday, several countries imposed temporary bans on flights from the UK. Cuomo said that should be enough of a sign for the United States to take action. France has halted all land movement of trucks for 48 hours while the new coronavirus strain is assessed by officials. The action has raised some concerns that food shortages in the winter months could occur as a result.

Currently, cases of the new strain appearing in the US have not yet been confirmed. However, the NY governor said he believes the new variant is already in the country.

COVID-19 Pandemic Wreaks Havoc on World, Kills Over 1.5Mln and Drains Economies in 2020