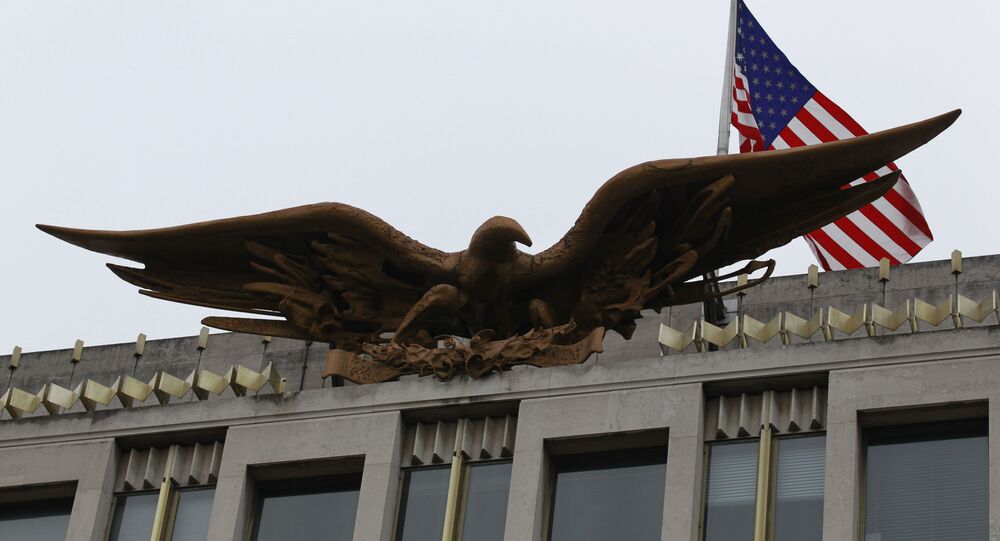 American ambassadors serve at the pleasure of the president, and need to be confirmed by the Senate before taking up their post. To date, Donald Trump has made some 189 ambassadorial appointments, including political picks of his choosing and career diplomats from the State Department.

President-elect Joe Biden should flush out all of President Trump’s ambassadors on 20 January 2021 as a tit-for-tat response to Trump’s sacking of all President Barack Obama’s diplomats on day one in 2017, Anthony Gardner, Obama’s ambassador to the European Union, suggests.

“Exactly four years ago I received telegram from incoming Trump team to vacate on 20 January. Time for similar telegram to go out now: all Trump politically appointed ambassadors to leave 20 January,” Gardner tweeted.

The former diplomat implied that Gordon Sondland, who served as US ambassador to the EU between 2018 and 2020, has already been “disgraced” and sent home, adding that it’s “time to send qualified people to important posts”.

Sondland, who testified before the House of Representatives during the impeachment inquiry in late 2019, was dismissed by Trump in February 2020 shortly after the President was acquitted by the Senate on charges of abuse of power and obstruction of Congress.

Gardner served as director of European affairs on the National Security Council during the Clinton administration, and has also worked at multiple banks, and the Treuhandanstalt, the German ministry which was responsible for privatising and liquidating East German assets after unification. He is reportedly a close friend of Antony Blinken, Biden’s Iraq, Libya and Syria war-supporting pick for secretary of state.

The Price of Ambassadorships

In US politics, ambassadorships are often used as a means to reward political allies, with Democrats and Republicans alike regularly accusing one another of appointing envoys on the basis of things such as campaign contributions rather than diplomatic acumen and experience. About half of Trump’s appointments have consisted of career foreign service diplomats, with the rest being his political appointees. Last week, the Hollywood Reporter wrote that the Biden camp was considering Jeffrey Katzenberg - co-founder of Dreamworks Animation - and Bob Iger, a senior executive at Disney, for ambassadorships, with Iger reportedly up for a post to China or the UK. Iger and Katzenberg reportedly donated heavily to the Biden campaign, giving somewhere in the region of $250,000 and $617,800 respectively during the 2020 election season.

© AP Photo / Chris Pizzello
DreamWorks Co-Founder, Disney Executive Chairman Reportedly Among Biden's Picks for Ambassadors
Trump received flak in 2016 for ordering all of President Obama’s politically appointed ambassadors to quit their post immediately after stepping into office in January 2017, causing diplomats families problems and leaving vacancies in multiple key countries, with some of them lasting months or even years.

The United States is heading for a tension-filled Inauguration Day on 20 January, 2021, with President Trump still refusing to concede the 3 November election, accusing his opponents of systemic fraud.