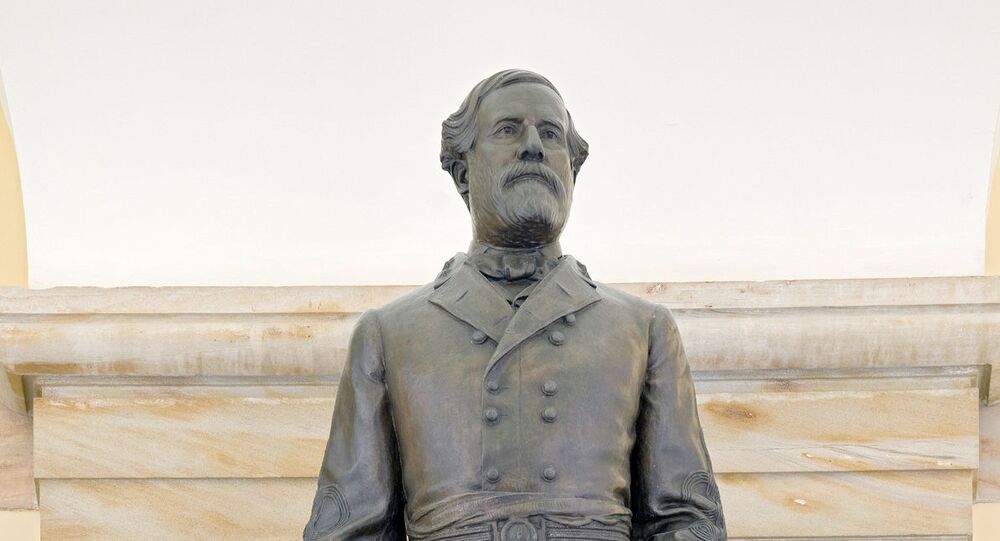 WASHINGTON (Sputnik) - Virginia removed its statue of Confederate general Robert E. Lee from the US Capitol building in Washington overnight, the state's Governor Ralph Northam announced in a press release on Monday.

The statue had stood for the last 111 years inside the Crypt of the US Capitol among 13 sculptures that commemorate the original 13 colonies of the United States.

Virginia will send another statue to replace the monument of Lee, and has chosen to instead commemorate Barbara Rose Johns, an African American civil rights leader who in 1951, at the age of 16, led a student strike to call for for equal education rights.

Johns's actions led to a lawsuit that became part of a larger case in the Supreme Court, "Brown versus the Board of Education," which resulted in a landmark ruling barring racial segregation in public schools as unconstitutional.

“The Confederacy is a symbol of Virginia’s racist and divisive history, and it is past time we tell our story with images of perseverance, diversity, and inclusion. I look forward to seeing a trailblazing young woman of color represent Virginia in the US Capitol, where visitors will learn about Barbara Johns’ contributions to America and be empowered to create positive change in their communities just like she did," Northam said in the release.

During the Civil War in the United States, Lee led the forces of the Confederacy - a group of southern states that believed the institution of slavery should be protected. Calls for the removal of monuments honoring Confederate figures have grown amid a nationwide anti-racism movement ignited by the 25 May death of African-American man George Floyd in police custody in Minneapolis.