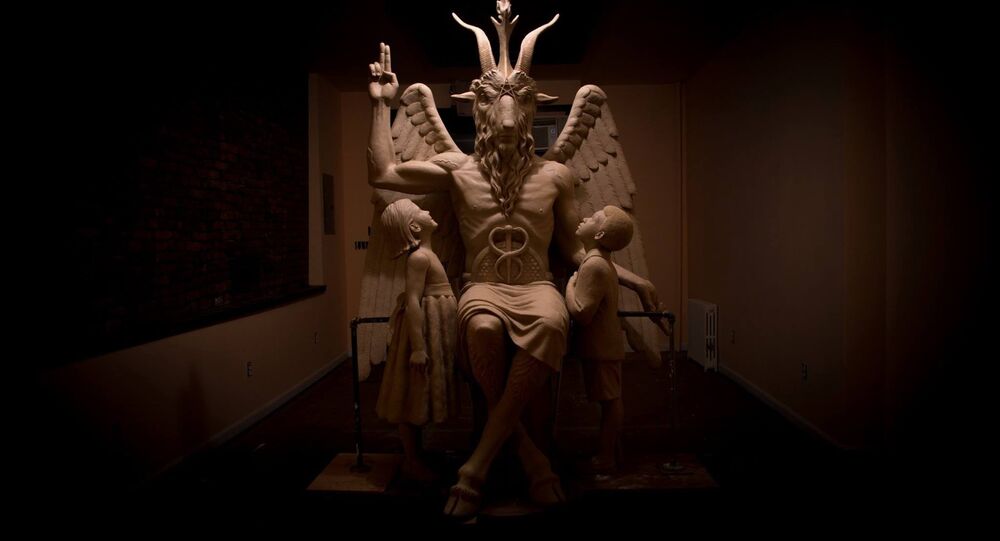 The Order of the Nine Angles claims it was founded in Shropshire, Wales, by a witch who led an underground pagan cult that has survived in secret since the coming of Christianity. It reveres Adolf Hitler and Osama bin Laden for bringing death and chaos to the world.

A US counter-terrorism agency raised an alarm over an obscure and tiny satanic neo-Nazi cult hailing from Wales.

The leaked internal report from the National Counterterrorism Center (NCTC) claimed that the Order of Nine Angles (O9A) "advocates for the destruction of civilization and urges adherents to undertake violent acts as a way to gain mystical insights".

The report, obtained by Yahoo! News and dated November 12, said O9A was "a largely decentralized group that advocates a violent extremist interpretation of Satanism" – but in an apparent nod to respect for diversity, noted that "Satanism is a religion with multiple variants, most of which are not violent extremist".

O9A lists a series of radical organisations believed to be influenced by the order's bizarre ideology, including the Rapewaffen Division, Rape Krieg, the Atomwaffen Division and the Sonnenkrieg Division.

O9A hit the headlines earlier in 2020 when US Army Private Ethan Melzer was arrested on suspicion of passing information about his unit to extremists and the Islamist terror network al-Qaeda. Among Melzer's possessions was a copy of The Sinister Tradition, a book published by O9A.

"It identifies some obscure ideology, defines it very poorly, implies it has some causal effect on violence but doesn’t say it, gives far too few examples and doesn’t really provide suggestions for law enforcement who receive it,” German said. “Are there six people who believe this and committed crimes or 6 million people who believe this?” he asked doubtfully.

The order was founded in rural Shropshire in the east of Wales in the 1960s or 70s, as a unification of three clandestine pagan cults that purportedly survived the coming of Christianity at the time of the Roman Empire. O9A reveres historical figures like Adolf Hitler and Osama bin Laden who wreaked chaos, destruction and death.

O9A's beliefs are a mix of occult mysticism, including the black mass, pagan magic and the three-dimensional 'Star Game', meant to lead initiates to an enlightenment.

According to British anti-fascist group Hope not Hate, O9A only has a handful of members. Ryan Fleming, a member of the UK neo-Nazi group National Action, which has been banned as a terrorist organisation, published Satanist works and is allegedly a member of the O9A's Yorkshire "nexion" or cell, the Drakon Covenant. Fleming was jailed in 2017 for the rape of a 14-year-old girl.