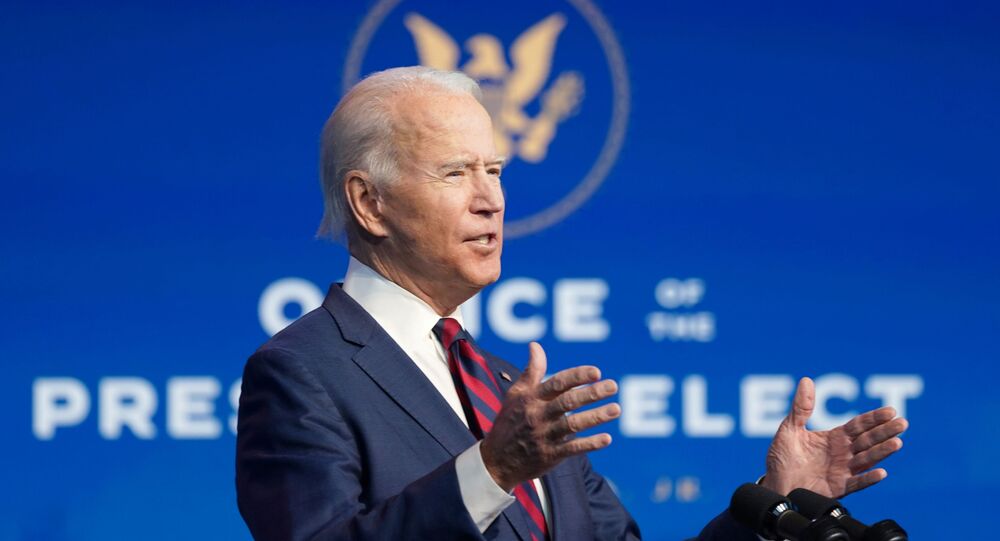 The Democrat has promised to assemble "the most diverse Cabinet in history" for his term, but despite inviting minorities and women to hold posts, he could still not escape criticism from fellow party members who claimed he was not doing enough.

The Congressional Hispanic Caucus (CHC) has sent a letter to President-elect Joe Biden suggesting that he should pick more Latinos for key posts in his Cabinet, namely Connecticut Education Commissioner Miguel Cardona and member of the board for the California Public Employees' Retirement System Stacie Olivares, Politico reported, citing an obtained document.

The CHC reportedly sees Miguel Cardona as a perfect fit for the role of education secretary in the Biden administration, citing his experience as an elementary school teacher and education commissioner in Connecticut. The Hispanic Caucus reportedly also suggested that Stacie Olivares would make for good Small Business Administration chief, promising she would serve with "distinction from day one".

Neither Biden nor the CHC has commented on the Politico report so far.

The Hispanic Caucus previously supported the candidacy of the former president of the National Education Association, Eskelen García, for the post of education secretary. The CHC stated that it continues to be "strongly supportive of her", but nonetheless reportedly extended its "enthusiastic endorsement" to the candidacy of Miguel Cardona for the post this time. The caucus did not explain the reason for the change.

Biden Under Pressure Over Diversity Promise

The report on the CHC's pressure on Biden to appoint more Latinos comes amid backlash against the president-elect from his own party for allegedly not doing enough in terms of diversifying his Cabinet. Biden promised during his campaign that his administration would have "the most diverse Cabinet in history".

The Democrat has invited a number of women and minorities to hold posts in his team, namely Alejandro Mayorkas, the first Latino to lead the Department of Homeland Security (DHS); Jeh Johnson, the first Black defence secretary; and Pete Buttigieg, who is expected to become the first openly gay member of the US Cabinet after Biden offered him the position of secretary of transportation. At the same time, the Democratic president-elect has not always listened to recommendations issued by the CHC; for example, he ignored their call to appoint Lujan Grisham as health and human services secretary, choosing Xavier Becerra instead, and thus frustrating the Hispanic Caucus.