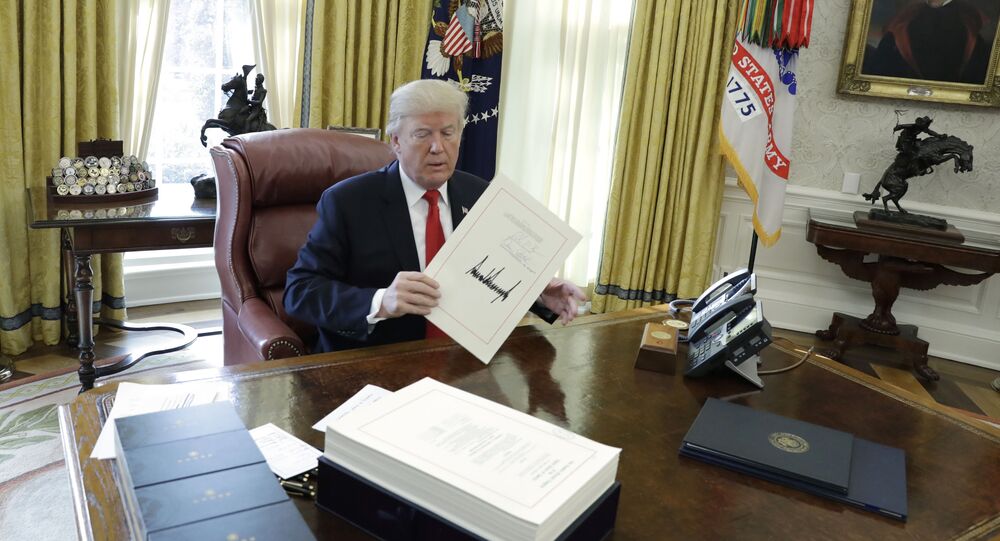 Recently, Trump's former National Security Adviser Michael Flynn suggested in an interview with Newsmax that the president should use the military to initiate a do-over election in swing states by introducing martial law there, claiming the latter would not be unheard of.

One anonymous official told Axios that they are anxious about "how this ends" in light of POTUS "retweeting threats of putting politicians in jail" and talking to people who claim "declaring martial law is no big deal". The White House official reportedly added that similar feelings are shared by many of their colleagues.

"People who are concerned and nervous aren’t the weak-kneed bureaucrats that we loathe. These are people who have endured arguably more insanity and mayhem than any administration officials in history", the source told Axios.

It is not entirely clear to whom the Axios sources were referring as "conspiracy nuts". However, the mentioned attitude towards martial law and its use as a means to redo the election was weighed in on by recently-pardoned General Michael Flynn during an interview with Newsmax.

Flynn, who has repeatedly peddled the theory that the election was "stolen" from Trump, suggested that POTUS should introduce martial law in swing states and use the military to hold a presidential election there again. The general, who earlier served as Trump's national security adviser, argued that using martial law is nothing out of the ordinary, although it has never been used before in the US to hold a do-over election.

The recently-pardoned ex-Trump official further suggested the president should confiscate the voting machines to check them for foreign interference, claiming that the equipment could have been meddled with by China, Russia, Iran, or Venezuela. The Dominion voting machines Flynn was referring to are actually manufactured solely in the US and so far no evidence has been presented of foreign participation in their production.

According to a report by The New York Times, Flynn took part in a recent meeting where Trump discussed the possibilities of overturning Joe Biden's victory in the election. The report claims that POTUS had considered making Sidney Powell, a prominent pro-Trump lawyer, a special counsel to investigate his allegations of election fraud. She, in turn, has reportedly suggested seizing voting machines to inspect them for signs of manipulation.

© CC BY 2.0 / Flickr
#KrakenOnSteroids: Twitter Ripped as Powell Reacts to Trump Team Move to Distance Itself From Her

Both ideas were strongly opposed by Trump's other aides, including chief of staff Mark Meadows and White House counsel Pat Cipollone. In the past, Trump's campaign had distanced itself from Powell over some of her statements regarding election fraud, which were branded as "conspiracy theories" by mainstream media outlets.