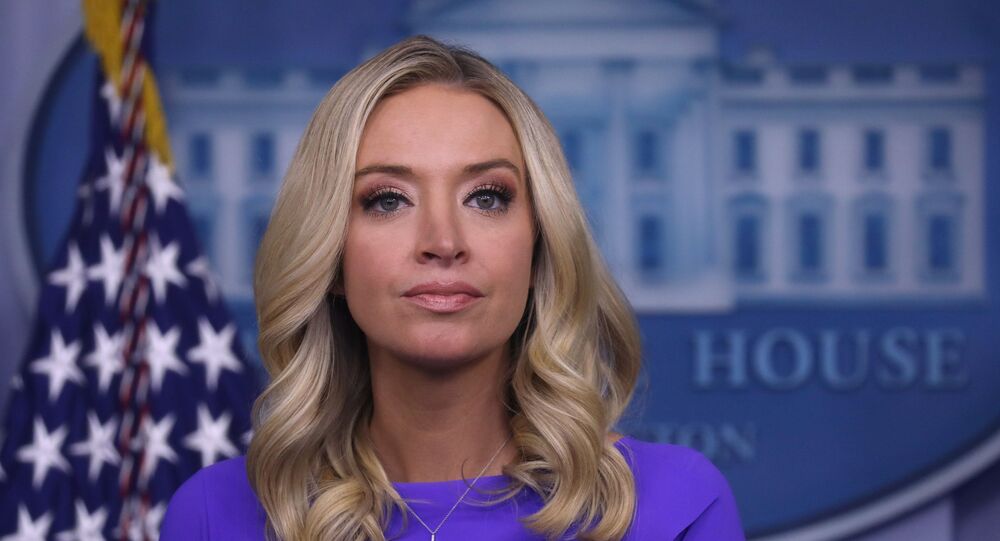 White House press secretary Kayleigh McEnany shed light on the way that she and other Republican women are treated by the media, accusing the press of bias toward conservatives and calling for "civility" toward everyone, regardless of party affiliation.

The current White House press secretary, Kayleigh McEnany, in an interview to The Daily Caller, shared details about how her life changed after she began to work in the Trump administration.

She stated that she will “never forget” a day when she was at home, shortly after having assumed the position of Trump press secretary in April 2020, when a police officer turned up at her door.

“Hey, I need to check in on you, we heard there were some rioters that were targeting your home,” McEnany claimed the officer said, adding that it was the moment that she found out that her “address had been put up on social media.”

It is unclear what kind of rioters exactly the reported police officer may have been talking about.

According to the press secretary's comments, she received calls and messages in the middle of the night that she alleged were "targeting" and "harassing".

“I lately get three a.m. phone calls from unknown numbers, and listen to the voicemails, and they are targeting, harassing messages,” McEnany asserted. “It’s really unfortunate. I don’t think anyone deserves that whether you are on the right, whether you are on the left, we should have civility in this country, and it’s unfortunate that just wanting to serve your country means that you’re targeted with threats of that nature.”

The Trump appointee denounced what she characterized as a lack of objectivity toward conservative women in the media, claiming "liberal bias" just because of their party affiliation.

“It’s unfortunate, but if you are a Republican, male or female, you will be attacked particularly in the Trump administration because the media always is keen to demonstrate their innately liberal bias,” she suggested.

McEnany insisted that “no matter what Republican administration it is, Republican women are just treated differently by virtue of their party ideology.”

Her comments fall in line with recent assertions made by Trump that media, along with big tech corporations like Twitter, Facebook and Google, are "owned by the Radical Left" and biased toward conservatives while simultaneously practicing shadow-bans on Republicans.