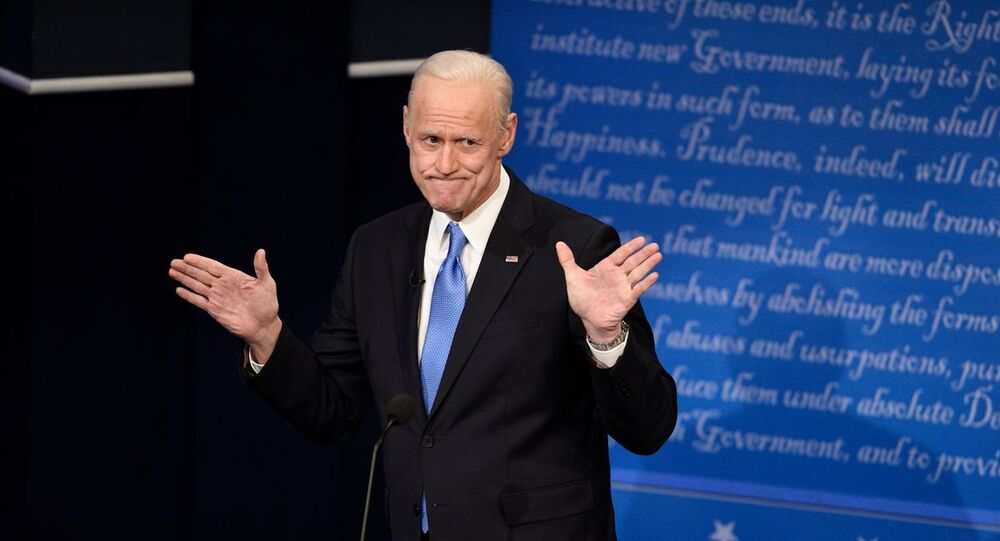 Carrey, who traveled to New York City for six straight SNL episodes, said that he would no longer portray the Dem politician on the comedy show, after “knowing that Biden was the victor” of the 3 November presidential race against the incumbent president, Donald Trump.

“Though my term was only meant to be 6 weeks, I was thrilled to be elected as your SNL President...comedy’s highest call of duty,” Carrey wrote. “I would love to go forward knowing that Biden was the victor because I nailed that sh*t. But I am just one in a long line of proud, fighting SNL Bidens!”

Though my term was only meant to be 6 weeks,I was thrilled to be elected as your SNL President...comedy’s highest call of duty. I would love to go forward knowing that Biden was the victor because I nailed that shit. But I am just one in a long line of proud, fighting SNL Bidens!

SNL took to Twitter to thank the 58-year-old visiting entertainer “for showing up when it mattered”.

Thank you to Jim Carrey for showing up when it mattered ❤️ https://t.co/tLNM0jMhyb

A new SNL episode is set to air this Saturday on NBC at 11:30 p.m., local time. The episode will be hosted by Kristen Wiig, with Dua Lipa as the musical guest.

It has not been clear who will now play the president-elect. Biden was previously portrayed by Jason Sudeikis during the Obama administration. Biden was also played at times by Woody Harrelson and John Mulaney.