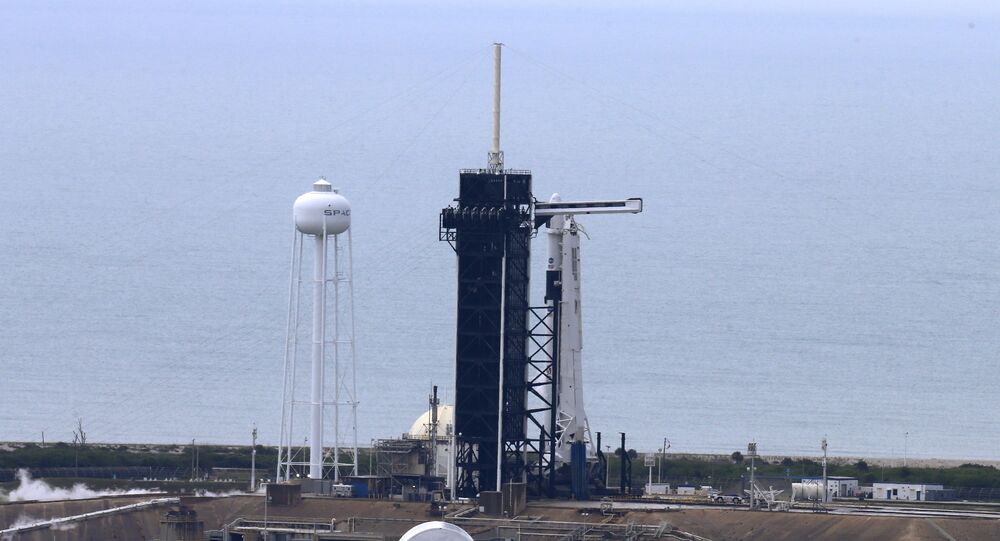 MOSCOW, (Sputnik) - SpaceX on Saturday launched its Falcon 9 from the Kennedy Space Center in Florida as part of the NROL-108 mission to deliver a US spy satellite into orbit.

The launch comes two days after it was originally intended to take off, but the launch was canceled with two minutes on the clock for technical reasons.

This is the fifth successful launch and landing for this Falcon 9 booster. The takeoff marked the record-setting 26th launch of the year for the company.

© AP Photo / Joel Kowsky
A SpaceX Falcon 9 rocket with the company's Crew Dragon spacecraft onboard is seen on the launch pad at Launch Complex 39A after being rolled out overnight as preparations continue for the Crew-1 mission, Tuesday, Nov. 10, 2020, at NASA's Kennedy Space Center in Florida

In May, SpaceX marked a new success by sending the first commercial crewed ISS mission into orbit.

The company launched its first satellite into orbit in 2018. The mission's goal was to provide people in areas with low to moderate population densities around the world with affordable high-speed Internet access, including people who had never had Internet access before.