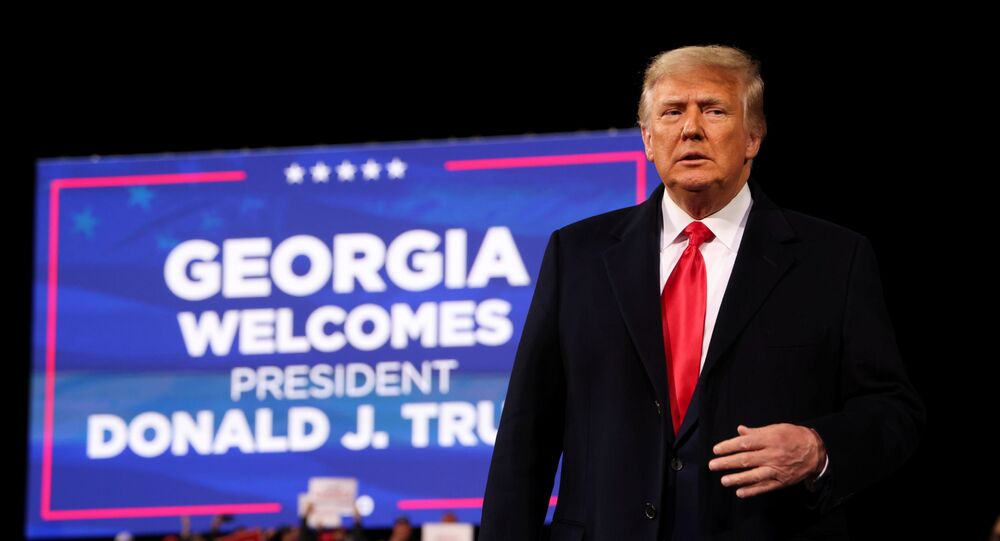 The ballots for the Georgia runoff elections feature Republican Senators David Perdue and Kelly Loeffler against Democrats Jon Ossoff and Reverend Raphael Warnock. The second round comes after none of the Senate candidates secured a majority of the vote in their relevant races after the 3 November presidential election.

The pro-President Donald Trump political group True the Vote announced on Friday that it is challenging the eligibility of more than 364,000 voters in Georgia ahead of the state's 5 January runoff elections.

The Texas-based conservative group said that it plans to pre-emptively file 364,541 elector challenges across all 159 Georgia counties.

According to True the Vote, it is now cooperating with Georgia to make challenges in line with a state law that stipulates that any registered voter can challenge the eligibility of any other voter within the same county if the person being challenged does not meet the requirements for voting legally.

The law obliges local election boards to determine whether the challenges have merit.

© AFP 2020 / Megan Varner
Gwinnett County election workers handle ballots as part of the recount for the 2020 presidential election at the Beauty P. Baldwin Voter Registrations and Elections Building on November 16, 2020 in Lawrenceville, Georgia.

True the Vote founder and President Catherine Engelbrecht, for her part, pointed out in a statement that the challenges could help validate the January election results by ensuring “the sanctity of every legal vote”.

She said that “ongoing debates about the [3] November election throughout the country have Americans focused intently on improving the integrity of our elections and restoring the faith of voters”.

The stance was opposed by the Georgia Democratic Party's executive director, Scott Hogan, who called the challenges “blatant efforts to suppress the vote”.

The developments come after early voting for Georgia's Senate runoff elections began on Monday, with the state’s residents expected to cast a historic number of ballots in the 5 January vote.

The runoff will be the deciding factor in terms of control of the upper chamber of Congress. Currently, Republicans - led by Majority Leader Mitch McConnell (R-KY) - have a 50-48 edge in the Senate. In the event that both Ossoff and Warnock win their races, Democrats and Republicans will have 50-50 Senate representation.

© AP Photo / Evan Vucci
‘Fool’ Who Got ‘Played’ by Democrats: Trump Blasts Georgia’s ‘Clown’ Governor in Vote Fraud Spat
President Trump has been seeking to overturn the voting results, saying this year's election was "rigged" by Democrats in favour of Joe Biden.

The Trump team has filed numerous lawsuits against “voter fraud” in key battleground states, including Georgia, but so far to no avail.

The US Electoral College's Monday vote resulted in Biden passing the threshold of 270 electoral votes required for him to become president, as he secured 306 endorsements, while Trump received 232 votes in total. The Electoral College votes will be certified by the US Congress on 6 January.