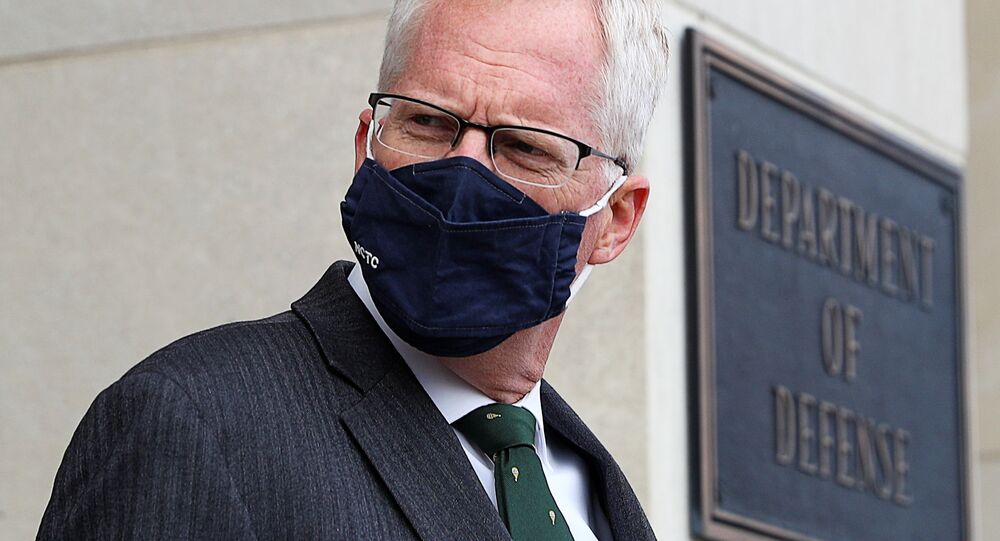 After waiting weeks for the Presidential Transition Director to give the stamp of approval to the initiation of his transition period, Joe Biden may now be facing another bureaucratic hurdle, this time at the Pentagon.

President-elect Joe Biden’s transition team has said that it did not agree to a two-week break in Pentagon briefings during the transfer of power, despite the Trump administration’s claims to the contrary.

On Friday, 18 December, tensions between the Pentagon and the Biden transition team spilled into public view after officials at the Department of Defence said that there was a “mutually-agreed upon holiday pause” in its briefings to the Biden team, which were due to start again after Christmas in early January.

However, according to Axios, Yohannes Abraham, executive director of the Biden transition team, shot back by saying, “let me be clear: there was no mutually agreed upon holiday break”.

“In fact, we think it's important that briefings and other engagements continue during this period, as there's no time to spare … In terms of when meetings will resume, meetings and requests for information, which are substantively interchangeable, it's our hope and expectation that that will happen immediately”, Mr Abraham reportedly told reports in a briefing call.

Acting Secretary of Defence Christopher Miller in a public statement on Friday denied reports that the Pentagon was declining to meet with Biden’s transition team, saying: “at no time has the Department cancelled or declined any interview ... After the mutually-agreed upon holiday, which begins tomorrow, we will continue with the transition and rescheduled meetings from today”.

A Pentagon spokesperson had previously told CNN after the briefings were abruptly stopped on Thursday, 17 December that the department was “working to reschedule approximately 20 interviews with 40 officials until after January 1”.

The development comes amidst reported fury in the Trump administration after The Washington Post published a story on Wednesday, 16 December which revealed the US would be able to save $2.6 billion if the incoming Biden administration ceased the building of the border wall - widely seen as a signature Trump-era policy - along the southern frontier with Mexico. It has been widely reported that some senior Trump administration officials are blaming Biden’s people for leaking information to The Post for that story, although such accusations are yet to be substantiated.