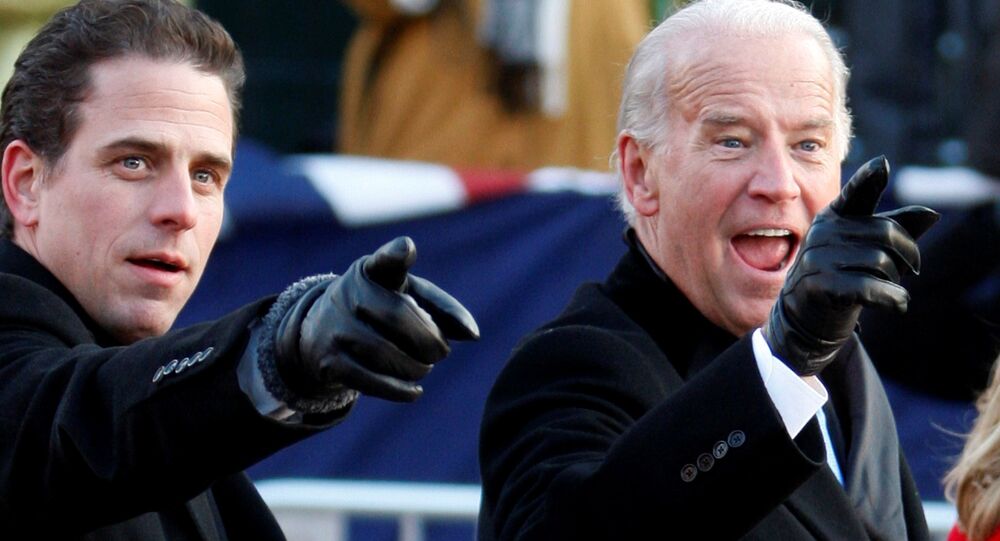 It's unclear how many more current and former intelligence agents ended up on the list to boost its "weight" without even knowing they were a part of it. The list includes the names of two former CIA chiefs and an ex-head of national intelligence, all of whom repeatedly accused Russia in the past of meddling without providing any evidence.

At least one spook included on the list of former and current US intelligence agents denouncing the scandal linked to Hunter Biden's purported laptop was included without his consent, the National Review reported.

The media outlet tried to reach out to all 51 names on the list to ask them if they had changed their mind after learning about the official probe into Hunter Biden. However, it turned out that one of them - former chairman of the National Intelligence Council Gregory Treverton – had never even heard about the list, let alone signed it. The National Review stated it could not determine whether the remaining 50 signatures on the list, including those of two former CIA chiefs and an ex-head of national intelligence, had been put there without the respective intelligence officials' consent.

The 51 spooks presumably signed a letter back in October, in which they claimed the scandal around Hunter Biden's ties to Ukrainian and Chinese businesses, and his father, Joe Biden's, purported involvement in it, was nothing more than a Russian disinformation campaign. The intelligence officers ostensibly saw "the classic earmarks" of Moscow's involvement in the scandal, while admitting to having zero proof except their hunch. Joe Biden later used the letter to fight off corruption accusations from Donald Trump during one of their election debates.

While Treverton too had zero evidence to prove Russia's alleged involvement in the Hunter Biden scandal, he still said he would have signed the letter. He added that his decision would not change if he had known about the federal probe into the president-elect's son, while admitting he had not seen what the investigation was about.

'Laptop From Hell' and New Probe Into Hunter Biden

In December, Hunter Biden admitted that he's being investigated by the US Attorney’s Office in Delaware over his taxes, but didn't delve into any details. Media reports in Politico and The New York Times, however, suggested that Joe Biden's son might be the subject of several simultaneous probes, namely run by the Southern District of New York and the FBI, who are allegedly looking into his ties to foreign businesses and purportedly suspect Hunter of taking part in a money-laundering scheme. This report has not been officially confirmed.

Hunter's father, President-elect Joe Biden stood behind his son expressing "great confidence" in his son and his integrity, while calling the accusations against him  a "kind of foul play".

"It's used to get to me. I think it's kind of foul play, but, look it is what it is. And he's a grown man. He is the smartest man I know. I mean, from a pure intellectual capacity and as long as he's good , we're good." pic.twitter.com/DCEdztIOaG

It is unclear whether Joe Biden was referring to the purported FBI probe or to earlier accusations, specifically peddled by President Trump and his campaign, in light of a bombshell investigation published in the New York Post in October, and which the letter, presumably signed by the 51 intelligence officers, dismissed as Russian meddling.

The NYP obtained emails from a computer that purportedly belonged to Hunter Biden (also known as the "laptop from hell"), suggesting he had engaged in dubious schemes with a Chinese company and tried to get his father involved in his business dealings in China and Ukraine. One of the emails even hinted at Hunter arranging a meeting with Joe Biden for his colleague from the Ukrainian gas firm Burisma. While the authenticity of the emails has not been properly verified, they cast a shadow on Joe Biden's claims of non-involvement in his son's foreign business affairs.