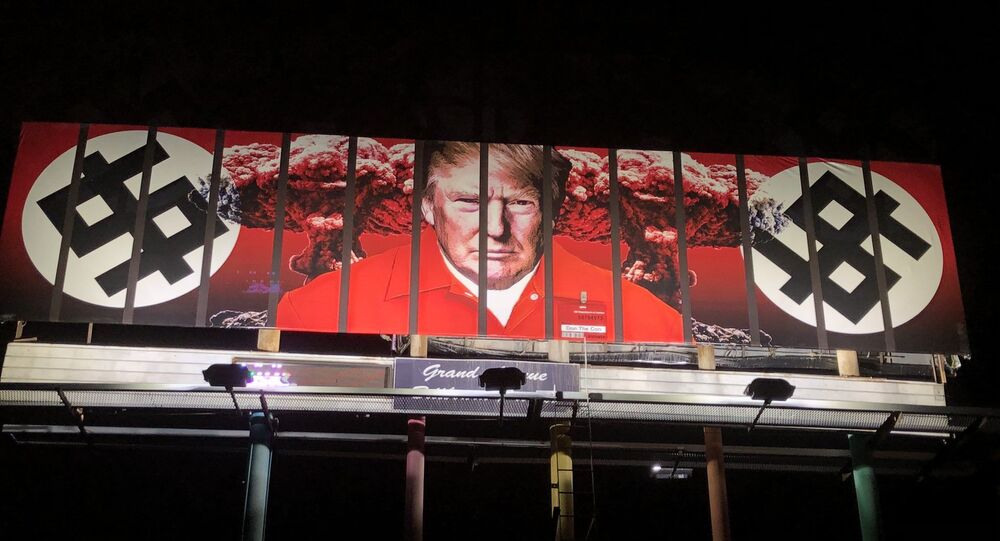 In 2017, artist Karen Fiorito created a billboard mocking the US president, Donald Trump, amid dollar signs made to look reminiscent of swastikas. The picture had been located along Grand Avenue near 11th Avenue in Phoenix, Arizona.

Artist Karen Fiorito has reconsidered her piece of art that has remained on a billboard for over three years, now placing Trump’s image behind bars, and changing his clothes to a glaring neon orange prison jumpsuit that says “Don the Con”.

The derisive billboard initially depicting Trump as a Nazi reportedly belongs to Beatrice Moore, who commissioned the artist.

The initial artwork, called “Trumpocalypse”, was taken down in June.

Outgoing US President Donald Trump could face prosecution when he steps down from the White House on 20 January, losing presidential immunity.

According to the New York Times, Trump is already involved in 30 civil and criminal cases related to his election campaign and allegations of tax evasion.

On 4 December, he personally expressed concern that people who failed to sue him while he was the US president, have now sent all relevant information to New York “so that they can try to get him there".

The US president has not yet conceded to his Democratic rival, Joe Biden, although the 14 December Electoral College presidential election vote results show that the latter has gained the majority. Trump continues to contest the election outcome by filing multiple unsuccessful lawsuits alleging voter fraud.