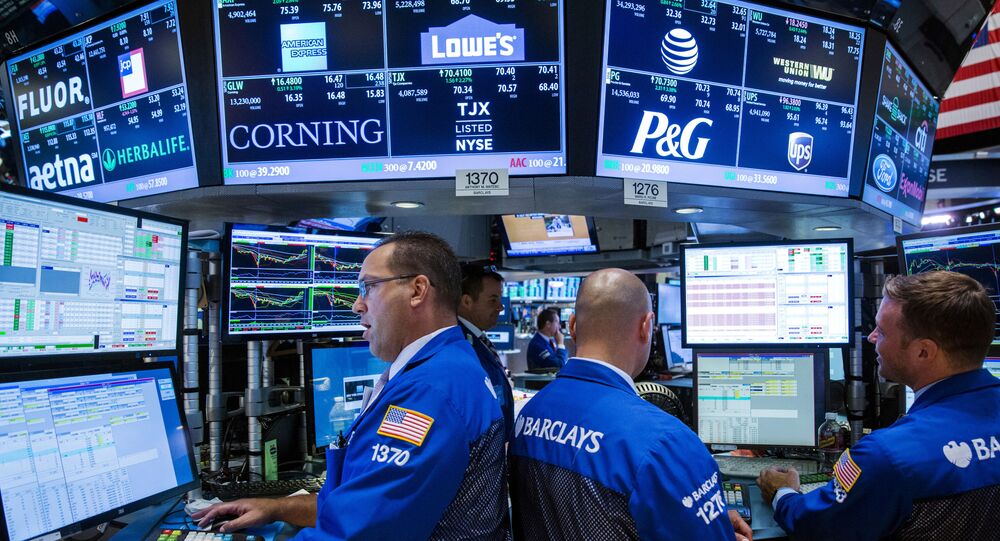 Earlier in December, the bill requiring foreign companies to comply with the US audit standards was approved by the Congress, prompting condemnation from Beijing, as it named the legislation "discriminatory".

WASHINGTON, December 19 (Sputnik) - President Donald Trump has signed legislation into law that could block some Chinese companies from engaging in exchanges in the US stock market, the White House said in a press release.

"On Friday, December 18, 2020, the President signed into law: S. 945, the ‘Holding Foreign Companies Accountable Act,’ which requires certain issuers of securities to establish that they are not owned or controlled by a foreign government, specifically if the Public Company Accounting Oversight Board is unable to audit specified reports because the issuer has retained a foreign public accounting firm that is not subject to inspection by the Board," the release said on Friday.

The US House of Representatives passed the measure earlier this month and the Senate approved it in May.

Senator John Kennedy, who introduced the bill in March of 2019, said the measure would stop China from cheating on the US stock exchanges, adding that Beijing's failure to comply with US disclosure laws has already impacted investor confidence and the integrity of financial markets.

The United States has been able to enter into cooperative auditing agreements with foreign regulators but it has not reached such an agreement with China.

In early December, when the bill was passed by Congress, Beijing slammed the legislation as "discriminatory".

“Instead of setting up layers of barriers, we hope the US can provide a fair and non-discriminatory environment for foreign firms to invest and operate in the US,” said Chinese foreign ministry spokesperson Hua Chunying, cited by Reuters.

Trump's White House has not enjoyed warm relations with China, as it has blamed Beijing for downplaying the threat of the coronavirus pandemic and posing as a threat to US national security.

Due to the latter concerns, Trump placed Chinese firms in his crosshairs, including Huawei and ByteDance, blacklisting the first and targeting the second by urging it to sell its video app TikTok to an American entity for the platform to remain legally available in the US. The president also accused the two firms of having ties to the Chinese Communist Party and of spying on Americans.

China has repeatedly slammed the Trump administration’s accusations as being politicized, while the targeted firms insisted that they were not connected with the Chinese government.